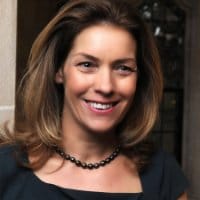 The first body to represent alternative business structures (ABSs) and other new-style legal practices has been launched, Legal Futures can reveal.

The ABS & NewLaw Advisory Council – which is chaired by Jenny Beck, head of professional practice at Co-operative Legal Services – has been put together by the Managing Partners Forum (MPF), with Legal Futures as its media partner.

It also has the active support of the Law Society, the Institute of Chartered Accountants in England and Wales (ICAEW) and the Society of Trust and Estate Practitioners.

The council’s primary remit is to represent ABS and multi-disciplinary practice firms to government as a way for the collective views of ABS firms to complement existing consultations through the Solicitors Regulation Authority and other channels.

It will hold meetings every six months with Sir Michael Snyder, who co-chairs the government’s Professional and Business Services Council, which advises ministers and senior civil servants on economic, business and regulatory issues affecting the largest industry sector in the UK.

Sir Michael is also senior partner of Kingston Smith, which recently became the first ABS regulated by the ICAEW.

The MPF has adopted a definition of ‘NewLaw’ firms by well-known Canadian futurologist Jordan Furlong: “Any model, process, or tool that represents a significantly different approach to the creation or provision of legal services than the legal profession has traditionally employed.”

Two further groups have spawned out of the ABS council: the Technology Advisory Council, chaired by Karl Chapman, CEO of Riverview Law, will work with IBM and others to shape the development into the professions of ‘cognitive’ decision tools such as IBM Watson, and to alert firm management to the people implications through thought leadership.

Just yesterday we reported on predictions that artificial intelligence could cause the structural collapse of law firms by 2030.

And the Client Advisory Council – chaired by Beth Wallace, who owns procurement and supplier management consultancy Wallace Consulting – is exploring new ways of instructing advisers and to act as the voice of the client to the other councils.

Richard Chaplin, the founder and executive chairman of the MPF, said: “MPF has represented professional firm management to government for many years. We welcome the opportunity to represent the collective views of ABS and NewLaw firms based on the findings of regular member surveys, shaped by insights from the market leaders on the advisory council.”