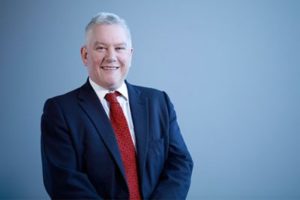 Sedgwick: no shortage of firms to invest in

An alternative business structure (ABS) launched at the end of last year to invest in profitable “local hero” law firms, has already taken over one practice this year and is on the verge of taking a share in another.

London-based Echelon Law offers back-office support and has a particular focus on firms of one to three partners where there are succession issues.

Chief executive David Sedgwick told Legal Futures that so far the ABS had purchased a small Thames Valley firm and was “a matter of days” from completing the purchase of a share of a larger firm in the south east of England.

He forecast that by the end of 2018, Echelon would have taken ownership or shares in four to five firms, varying in turnover from about £300,000 to several million.

The ABS had been talking to one firm with a turnover of “about £5m”, he said.

The aim was to add “management experience and expertise” and “to increase people’s efficiency through best practice and better systems”, he said, adding: “We want to start fairly modestly and then progress briskly.”

He is also a director of £12m commercial ABS Cubism Law, whose founder, Andrew Pena, is Echelon’s chairman. Joining them as strategy director is Andrew Roberts, a merger broker specialising in small firms.

Echelon and Cubism are separate apart from a degree of common ownership and initially practical support from Cubism’s infrastructure.

The ABS’s website said: “There are over 5,000 firms of between 1-3 partners in England & Wales and an average equity partner age of 67. Run-off insurance is both expensive and limited to six years. leading to a major issue for this segment of the legal market. Echelon Law has one aim: to solve this problem.”

However, Mr Sedgwick stressed Echelon was not interested in “distressed firms” or giving partners a quick exit: “We are looking at local hero firms with lots of goodwill. They are established, they are probably the premier or number one or two in ‘middle England’ towns.

“That development may in part be perhaps partners moving on because it’s time for them to retire, but may not.

“They may be firms with very active partners who want more resource and more management experience to help build up their practice.”

He said Echelon had a long list of target firms: “There is absolutely no shortage of firms to talk to… and we’ve been keeping quiet about it.

“I think there are plenty of opportunities out there, but actually the firms that we are most interested in talking to won’t necessarily have a queue of partners by the back door.”

The handover period would be sufficient to ensure a smooth transition, he said: “I don’t think any deal which we’ve discussed… [involves us agreeing] that the partners can just walk out. Would they want to walk out?

“In each instance so far there’s always been at least a year, perhaps two or three years, in which existing partners would continue to operate – maybe just a few days a week.”

Solicitors that Echelon would place with the firms would not necessarily be at partner level, he said: “We may be parachuting in reasonably experienced people who might over time – but wouldn’t necessarily – replace like with like.

“We might place good-quality associate-level solicitors to replace partners in the first instance and then, of course, those good-quality people can develop as they gain experience and build their practices.”

“We see no commercial advantage to having an Echelon brand at this stage. But we may get to the point where [it] develops a brand of its own, perhaps if we were to be in commercial centres where we were doing certain private work.”

Mr Sedgwick explained that the quality of people was key to a successful investment. “Obviously we need to be aware of [the firm’s] financial position and claims record.

“We do look under the stones to see if there’s anything nasty there, but actually the real due diligence is on the individual people who will be in the firms [and] the legacy of the people who are leaving.

“If you’ve got good-quality people with realistic but achievable ambitions for the future, then that’s probably the most important thing to be aware of.”