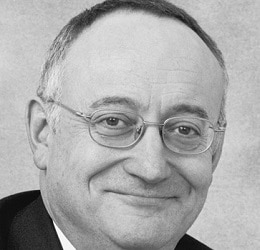 Hockman: entity may be useful in the future

However, the purpose for which it set up 6 Pump Court Limited – criminal legal aid contracting – has now disappeared after the Ministry of Justice ditched two-tier contracts in the summer.

Head of chambers Stephen Hockman QC explained: “We started the process when it was thought that criminal practitioners would need to bid directly for legal aid contracts – they said they would only accept bids from corporate entities.

“We were most of the way through the process by the time of the MoJ announcement, and completed it in case it should prove useful in future to have a corporate entity through which work can be procured and legal services delivered.”

Nonetheless, Mr Hockman – a former chairman of the Bar Council – was optimistic about the durability of the traditional chambers model.

“Contrary to what you often read in the media, I don’t think the nature of legal practice in contentious work has changed fundamentally in the past 50 years, and I don’t expect it to in the future either,” he said.

“As long as the justice system remains essentially adversarial, and oral evidence and submissions remain a key part of it, the work we do and the structures through which we undertake it are going to be robust.”

Such was his optimism that, while some think there are too many barristers, Mr Hockman suggested the Bar “can afford to expand a bit more”.

He emphasised that he was not being complacent, identifying the importance of embracing technology to make the system work more effectively.

“I strongly believe that we need to improve access to justice, but we have to find ways of doing that which do not undermine the strengths of the system.”