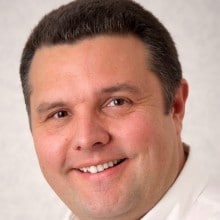 More than 1,000 barristers have already signed up to a “game changing” initiative that aims to smooth the way for consumers and businesses to use public access, Legal Futures can reveal.

The aim of Clerksroom Direct is to have all 6,500 public access barristers available through its system, while more than 200 marketing partners are already on board to push the service when the site launches fully next month.

The brainchild of Stephen Ward, chief executive of chambers Clerksroom, the service goes far beyond other online public access services to date by not only matching potential clients with barristers, but also handling quotes, tenders, case management, document management and secure payment.

Compliance with Bar Standards Board rules has been automated, such as ID checks and signatures for client care letters. The aim is to relieve chambers of the administrative headache of public access work.

The system matches users to barristers meeting their requirements and they can request quotes from up to three of them. It will also use a star-rating system, which the barristers cannot influence, utilising client feedback.

In the event of either barrister or client deciding that a solicitor is needed, the system connects them with VWV Approach – the referral network run by Veale Wasbrough Vizards.

Clerksroom Direct is free to barristers, with clients charged an administration fee of less than 10% on top of their counsel’s fee. This is shared with the marketing partners.

Mr Ward told Legal Futures that the idea came from the increasing pressure that public access work was putting on his clerks, who could be tied up for an hour on the phone with no idea if the caller would turn into a client.

At the same time, there was fast-growing demand, with Clerksroom’s 50 public access trained barristers handling 880 cases in 2014, for an average fee of £750 to £1,000. Both figures were substantial increases on 2013, he said.

Mr Ward said smaller firms of solicitors were also starting to use public access, rather than the traditional method of instruction, so their clients can pay barristers directly, removing their liability for counsel’s fees. It also allows solicitors to charge for preparation and leave the client to go to court with the barrister on the record.

He said: “Clerksroom Direct is a public access game-changer… With over 1,000 barristers already registered across the UK, the system is ready to service the needs of customers – rather than having to attracting barristers by showcasing demand, a frustrating ‘chicken and egg’ scenario that has dissuaded barristers from joining other public access online solutions en masse.

“Clerksroom Direct overcomes the issues that have long been a barrier to progression and success for the public access market.”