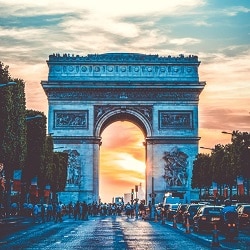 Paris: Partner worked in France to the virtual exclusion of England, says judge

A former equity partner at leading City firm Simmons & Simmons has failed in her second attempt to have claims of race and sex discrimination heard in England and Wales.

The Employment Appeal Tribunal upheld the first instance ruling that the events complained of took place in Paris and so outside of its jurisdiction.

Noro-Lanto Ravisy, who was head of private equity in the firm’s Paris office, also brought an equal pay claim, comparing herself to three other partners in the Paris office, against one of whom, head of corporate Christian Taylor, she brought separate discrimination claims.

The hearings to date have dealt solely with the jurisdiction issue but both Simmons & Simmons and Mr Taylor dispute the claims.

Ms Ravisy, who is French qualified, is of dual Madagascan and French nationality and was a partner in the Paris office of US firm Nixon Peabody before it was closed in 2012.

She joined Simmons in 2013, and by 2016 was on the membership appraisal committee – which approved new partners – and served as a trustee of the firm’s charitable foundation.

In the summer of 2016, she was served with a notice of retirement – for reasons not set out in the judgment – which took effect on 31 December 2016. She unsuccessfully appealed internally.

She alleges that the firm did not fairly allocate work to women, that her forced retirement constituted direct race and sex discrimination, that her unequal pay was a breach of the sex equality clause implied into her contract, and that she was victimised by reason of having done a protected act, namely making allegations of discrimination in the course of her appeal against enforced retirement.

The claim against Mr Taylor is that he directly discriminated against her on the grounds of race and sex by causing or contributing to her enforced retirement and failing to offer her support and guidance.

Employment Judge Auerbach held that Ms Ravisy did not have a strong enough connection with the UK for it to have jurisdiction. Though the London headquarters had a measure of control over the Paris office, her role was almost entirely based in France and in French law.

Judge Auerbach said: “Her visits to London were… too ad hoc, brief, and intermittent. She had no desk or other dedicated support when in London.

“Though they were made on firm business, and no doubt of value to the firm, I had no hard evidence that they were for the purpose of any fee-earning work (though she may have kept on top of her own client work while on a visit).”

Further, it was accepted that Ms Ravisy would have an effective remedy available to her in France.

On appeal, Mr Justice Kerr agreed, saying he would have come to the same conclusion as the tribunal judge.

“To reach the contrary conclusion, you would have to place far more weight on the ownership structure of [Simmons & Simmons] and on the extent of control and supervision from London, than those features ought properly to bear…

“The case should be regarded as one where the claimant worked outside Great Britain. The occasional visits to London rightly counted for little. They did not bring the case into the [category] of a peripatetic employee or… ‘commuting expatriate’ cases.

“There was no balance between working in England and working in France; the claimant worked in France to the virtual exclusion of England.”

Ms Ravisy’s solicitors, Jessica Learmond-Criqui, partner at London firm Learmond Criqui Sokel, had no comment except to say that she was seeking permission to appeal.