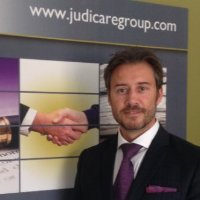 A company founded by an ex-Premier League footballer to help people buy and invest in overseas property has converted into an alternative business structure (ABS) so as to bring legal work in-house.

Judicare Law International Limited, which received its ABS licence from the Solicitors Regulation Authority last month, effective 1 September, was set up by Neil Heaney, an Arsenal, Manchester City, and Southampton winger in the 1990s.

As well as helping people buy abroad, Judicare seeks to protect investors in foreign property from losing money to developers in collapsed schemes and scams.

Mr Heaney, Judicare’s chief executive and the ABS’s head of finance and administration, was himself the victim of a doomed property investment after the 2008 crash, having been among a group of high-profile investors who bought into a project on the Costa Del Sol, Spain, in 2006.

Judicare now works in a wide range of countries, including Spain, Portugal, Italy, France, Cyprus, Barbados, Bahamas, Brazil, and the United Arab Emirates. Before the ABS, it was a legal services company that acted as a liaison between clients and lawyers in overseas jurisdictions but had no legal function of its own.

Solicitor Peter Esders, the ABS’s head of legal practice and a specialist in Spanish property law, told Legal Futures that the main purpose of becoming an ABS was to bring legal work in-house, and also because Mr Heaney was not a solicitor.

He said the firm’s clients covered a broad spectrum, ranging from high net-worth celebrity and sporting figures to small investors.

The firm was “not actively looking for” external investment, he confirmed, but that was “maybe something we look at as we go along”.

Mr Esders said the work of Judicare had already been affected significantly by Brexit, which had had a “major effect… mainly because of the exchange rate”.

However, the buying behaviours of overseas investors at the extremes of wealth had not been unduly hit, despite considerable uncertainty about the status of UK citizens overseas. In low-value transactions the weak pound had less impact proportionally, whereas high-value purchasers tended to use the poor exchange rate to drive harder bargains. “It is the middle-wealth investor who is most affected,” he said.

But the firm did a lot of international litigation, he added. Since Brexit, clients had speculated that UK debtors might be beyond the reach of foreign banks, he reported.

This was a “misconception”, he said, continuing: “It might not be quite as easy [as when the UK was a full member of the European Union], but yes, foreign banks will have a mechanism to enforce judgments internationally.”

Judicare has three ‘ambassadors’ – TV personality Jonnie Irwin, a presenter on BBC’s A Place in the Sun and Escape to the Country, former Welsh rugby union international and British Lion Dafydd James, and Michael Johnson, another ex-Premier League footballer who played for Derby County and Birmingham City, as well as Jamaica. He currently coaches at Cardiff City and sits on the board of the League Managers Association.