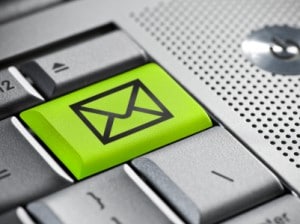 Emails: conduct continued for over a year

The Solicitors Disciplinary Tribunal (SDT) has fined three former partners who sent each other emails containing offensive comments about colleagues over several months.

The newly published SDT ruling said the emails contained “derogatory and hurtful comments about individuals, including some colleagues, which were based on gender, sexual orientation and/or race”.

But it also suggested that the case need not have reached a tribunal hearing.

The “crass, offensive, puerile and inappropriate” emails were exchanged by Kenneth Andrew Brough, Amin Rashid Chaudhary and Nicholas Peter William Story, who at the time (2010-11) were partners at London firm OH Parsons & Partners.

Mr Brough and Mr Story were equity partners, and the firm’s training partner and HR partner respectively, while Mr Chaudhary was a salaried partner.

While Mr Brough and Mr Chaudhary exchanged emails for over a year, Mr Story’s involvement was for around six months.

The emails were discovered by a senior non-solicitor employee who accessed them in 2010 and found they contained “insulting and humiliating personal comments about her”, the ruling recounted. She continued to monitor their emails but only brought them to the firm’s attention as part of an employment tribunal claim she brought in 2013.

According to the SDT, soon after the firm expelled Mr Brough and Mr Chaudhary for gross misconduct, and reported them to the Solicitors Regulation Authority (SRA). Mr Story had already resigned more than a year before, but was contacted by the SRA after considering the emails.

In his initial response to the SRA, Mr Brough admitted that he should not have sent the emails, and said they did not reflect his genuine views and sensibilities. “To a large degree [they] represented an attempt by him to outdo the recipients in terms of ‘wit’, and used language deliberately to shock,” the tribunal recorded.

Mr Chaudhary was similarly regretful and agreed that “there was almost a rivalry between [them] to ‘out-shock’ each other”. Mr Story accepted the emails were “crass and offensive”.

In its ruling, the SDT said it was satisfied that the trio intended the emails to be private and did not expect them to be seen by others.

While finding that the three solicitors had breached the rules on acting with integrity and maintaining the public’s trust, the SDT did not uphold allegations against Mr Brough and Mr Chaudhary that they had breached principle 9 of the SRA Code of Conduct by failing to run their business or carry out their role in it “in a way that encourages equality of opportunity and respect for diversity”.

The SDT decided that this was not proven, as it was “reluctant to extend the scope of principle 9 to the extent that any misplaced private comments (let alone private thoughts) were sufficient to prove a breach, unless there was some external or public conduct which demonstrated a failure to encourage diversity and equality”.

In deciding to fine Mr Brough and Mr Chaudhary £5,000 each and Mr Story £4,000 – to reflect the shorter period of his involvement – the SDT “took account of the fact that there had been no real motivation in sending and responding to the various emails; the respondents had engaged in inane and unpleasant email exchanges but had no intention of upsetting anyone. Their conduct was thoughtless rather than planned and each of the exchanges was spontaneous”.

At the same time, “each of them had direct control over what they did. Each of them was experienced and should have known better than to engage in this conduct. The harm caused to any individuals was limited, until the emails came into the open.

“However, there was undoubtedly harm to the reputation of the profession; the public would not expect experienced solicitors to engage in offensive and crass email exchanges. They had fallen below the high standards of integrity expected in the profession, but the tribunal found that this was a lapse in their usual standards and not a complete departure from the required standards. [They] had not foreseen that harm would be caused by their actions…

“The mitigating factors which the tribunal accepted were the genuine remorse shown by each of the respondents. They had shown insight and had made proper admissions promptly. Although the misconduct had been repeated, in the context of each of their careers it was over a comparatively short period. There had been no harm to clients or the wider public.”

The SDT concluded that the misconduct did not justify interfering in the solicitors’ rights to practice, and considered a reprimand, but decided that “where it was important to send a message to the public and profession about the seriousness of this issue, a fine was the appropriate sanction”.

The tribunal added: “There could well be a debate in the profession about whether it had been necessary for the [SRA] to bring this case through the tribunal.” However, it did not expand on this observation.