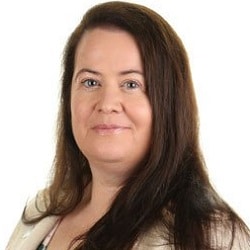 Clifford: Wanted to establish a pattern of behaviour within the firm

A former partner suing south-east law firm McMillan Williams over alleged sexual misconduct and harassment has been denied access to any non-disclosure agreements (NDAs) it may have reached.

The claim by Helen Clifford against both the firm and chief executive Dominic Harrison includes constructive unfair dismissal, harassment related to sex, victimisation, and being subjected to a detriment for having made protected disclosures.

The defendants dispute her claim. The full merits hearing is to take place in January, with a time estimate of seven days.

In a ruling following a preliminary hearing last month, Employment Judge Barrowclough recounted that Ms Clifford – who was head of personal injury from 2015 to 2018 and based in the London Bridge office – said it was possible to encapsulate all her complaints in a single allegation.

This was: “The first respondent firm permitted sexual misconduct and harassment and plain ordinary bullying to become endemic in their firm. The claimant, senior employee, attempted to prevent this from happening by raising the issue in a proper form, but when she did so she was herself subjected to bullying, harassment and, to prevent her raising these issues at a partners’ meeting, suspended.

“She resigned in disgust at the respondents’ behaviour, but following her resignation the respondents continued their attempts to intimidate her by making reports to the Solicitors Regulation Authority and the Information Commissioner. The second respondent was instrumental in permitting this state of affairs.”

Providing more detail, the judge said Ms Clifford argued that from about the time in 2015 private equity firm BGF acquired a share in McMillan Williams, there had been a “marked change” in its prevailing culture.

He recounted her claim that “previously there had been a high degree of diversity within the first respondent; thereafter it became an ‘old boys club’, run by predominantly white, middle-aged and middle-class men, who had all been to the same schools or universities, and who were determined to remove those in the business who didn’t fit, in what they called ‘Project Snowflake’.”

Ms Clifford said she had “fought against the new and threatening culture within the firm, both on her own behalf and for other more junior members of staff”, but found it “heart-breaking” to do so and this had “a profound effect on her health, including suicidal thoughts”.

She sought disclosure of “grievances, court proceedings, settlement agreements and non-disclosure agreements which have come into existence” since 2018, along with a copy of the firm’s standard NDA.

Ms Clifford claimed she was aware of one employee who was “bullied out of her position”, paid £150,000 “to silence her” and made subject to an NDA; she argued that this treatment was very similar to what happened to her.

She also sought witness orders in respect of five current and former employees of the firm. Former chief executive Colum Smith is already one of her witnesses.

The aim was to establish a pattern of behaviour within the firm “which was both relevant and central to her case”.

However, Judge Barrowclough said he did not accept that the documents sought were necessary for the fair disposal of her claim, “since in my view she will not be required to prove the ‘pattern of behaviour’ or ‘change in culture’” beyond the specific allegations made.

Further, it appeared “very unlikely” that the evidence the five witnesses could give would be relevant to the issues to be determined by the tribunal, based upon their anticipated testimony

The judge also refused Ms Clifford’s application to join BGF as an additional respondent: “There are no issues within the tribunal’s jurisdiction to be determined or resolved between them and the claimant, and no scope for the sort of financial safety net which the claimant apparently seeks.”