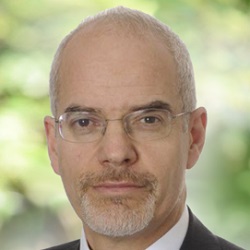 Karet: Recommendations and decisions were reasonable

A former equity partner of a City law firm has failed in his claim that he was not awarded a fair profit share in the last two years of his partnership.

Ian Karet, sitting as a deputy High Court judge, rejected Peter Tribe’s challenge to the recommendations made by senior partner Tim Bretnall as to how to split the profits of Elborne Mitchell, and the final decision made by the equity partners.

Mr Tribe was a partner for more than 25 years, but in his last few years at the firm “the relationship soured”, the judge noted

During this time, Elborne Mitchell made “significant profits” from conditional fee agreement (CFA) work handled by a fixed-share partner specialising in professional negligence.

Under the LLP members agreement, each of the five equity partners at the time received a fixed £75,000. A discretionary fund would be created from the balance of any remaining profit, comprising up to a maximum of 40% of the whole distributable profit, and allocated by the partners on the recommendations of the senior partner.

If not allocated by a certain time, the fund would instead be distributed on the basis of lockstep points, along with the remainder of the profit.

In 2014/15, the distributable profit was £5.57m and the discretionary fund was just under £2.23m. Mr Brentnall proposed dividing the fund into two: half would go equally to the five partners and half would be based on performance.

He recommended that Mr Tribe, a shipping specialist who was not involved in the CFA cases, receive just 5% of the second portion, giving him 12.5% of the fund overall, the lowest of the five.

Mr Tribe threatened legal action if this happened, arguing that Mr Brentnall’s recommendations were not made in good faith.

At the partners meeting, Mr Tribe ended up with 18% of the fund, but he told the court he took little part in the discussion, instead reserving his rights to reopen the matter.

But Judge Karet, himself a solicitor and partner at Linklaters, found that Mr Tribe had agreed the distribution and settled the dispute – he had not reserved any rights.

He added: “Mr Brentnall noted in evidence that this division of profits gave Mr Tribe a total share of around £652,000 for the year, which was substantially in excess of his personal billings.

“He noted that Mr Tribe’s evidence was that a partner might as a rule of thumb ordinarily receive around 30-35 % of personal billings for the year.

“By way of a comparison, the CFA business of the firm which had been initiated by Mr D and was by then carried on by a number of lawyers made up about 85% of the total billings. Mr D’s remuneration for the year was in the region of £1.76m.”

In the following period, Mr Karet recounted, there were “a number of difficulties” collecting money on Mr Tribe’s matters. Mr Tribe brought his retirement forward from the 2017/18 financial year to 30 April 2016; there was no partner left to carry on the shipping practice.

At trial, Mr Tribe’s counsel argued that the LLP agreement required the senior partner to make a proposal that had an express rational basis, was made within his discretionary powers and was put to partners for their approval or rejection.

It was not open to the partners to agree an allocation that was not the same as his proposal, he said.

Judge Karet rejected this interpretation. “Given their plain meaning, the words require the senior partner to make recommendations (which recommend a division but do not decide it) and the allocation then to be ‘settled’, that is ‘agreed’, based on those recommendations.

“The agreement does not require that the partners adopt the recommendations in their entirety or reject them and start afresh (or in default of fresh proposals default to a lockstep division of the fund).”

Mr Tribe’s interpretation would set up a system “that might fail for the senior partner’s failure to include a significant fact or matter”, the judge continued.

“In my view the recommendations do not need to be perfect or to include all possible analyses. They need to be full enough to allow a debate between the partners to take place…

“I note that this also is how the partners (including Mr Tribe), all experienced lawyers, had assumed that was how the agreement should operate in this regard.”

As a result, Judge Karet found Mr Bretnall’s proposals in each of the two years “within the range of proposals that it was reasonable” for him to make and were a valid exercise of his discretion.

The partners then settled the allocation by agreement in “a valid exercise of their powers”.