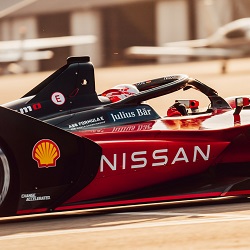 The solicitor who used to be Nissan’s global general counsel has been ordered to hand over confidential documents he said he retained to take legal advice.

Ravinder Passi is bringing two employment tribunal claims, claiming he was victimised and dismissed for blowing the whistle about what had happened at the car giant in relation to the high-profile arrest of former Nissan chairman Carlos Ghosn.

Nissan says he was fired was because he failed to follow lawful instructions and procedures and had destroyed the necessary trust and confidence of the relationship.

Having worked in Japan for eight years, Mr Passi was brought back to work in the UK in 2020 against his wishes, where he faced disciplinary proceedings.

His first claim was issued before the dismissal, seeking declarations that he had been victimised for whistleblowing along with damages. The second began a week after termination and is primarily a claim for unfair dismissal.

His Honour Judge Keyser QC, sitting as a High Court judge, noted that the tribunal proceedings were “hotly contested”.

The application before him was for interim injunctions requiring Mr Passi to hand over documents that he had listed in his disclosure list as part of the tribunal proceedings. Nissan said these constituted or contained confidential information and that many were subject of its legal privilege.

Nissan said the solicitor was obliged by his employment contract to deliver the documents up and destroy any copies he retained upon termination and was banned from making any use of them for any purpose.

Back in November 2020, Mr Passi had said he believed that he had already delivered up everything but asked for further time to compete his searches to ensure that he had not missed anything. He did not deliver up anything else.

The judge observed: “There is, it is said, credible independent evidence—which indeed is to a large extent admitted—that the defendant has passed information and (so the claimants say) copy documents belonging to them to a particular journalist who has been running articles concerning the arrests and affairs that led to the alleged whistleblowing.”

In November 2021, Mr Passi admitted that he had in fact removed documents, given them to his solicitors and retained them for himself. He said this was so he could take legal advice.

Nissan said unquantifiable damage would be caused if the documents and information came into the public domain.

The judge said it was clear, for the purposes of granting an interim injunction, that there was a serious issue to be tried.

“Nothing that I have seen shows to me any seriously arguable case that the defendant had any right to use for the purposes of his own personal legal advice and without the permission of the owners of the documents their confidential documents.

“Nothing indicates to me any arguable case that, having done that, he could have grounds for defeating a proprietary, contractual and/or equitable claim for the delivery up of the documents.

“Of course, I am not deciding these points. But it seems to me that there is a triable issue and that the claimants have a strong case that is likely to succeed.”

Mr Passi said he was prepared to deliver up the documents, but that he ought to be permitted to retain copies.

HHJ Keyser said that, given the solicitor retained documents after he purported to have returned them and given information to at least one journalist, “there is a strong reason why the injunctive relief ought to be such as to remove from the possession of the defendant documents that provide a means of arguably wrongful disclosures”.

This would not interfere with the employment tribunal process, given there would be disclosure as usual in the claims.

Toni Lorenzo, a partner at City firm Lewis Silkin, which acted for Nissan, said: “This is an important decision, providing helpful guidance regarding what information can be retained by an employee once an employment contract ends and, critically, whether or not those documents – particularly those which are confidential and commercially sensitive – can be passed to a legal representative for the purposes of taking legal advice and advancing an employment tribunal case.

“If the information contained in documents is required in the context of an employment tribunal case, then the ex-employee must apply to obtain them through the appropriate legal disclosure process.

“Lawyers, and their clients, should not assume that legal privilege protects against the unlawful removal and retention of confidential information.”