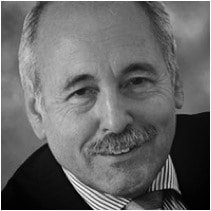 A former Conservative MP and practising barrister has said he is certain the planned headline criminal legal aid fee cuts will go ahead unaltered, and will this week launch a ‘virtual chambers’ in anticipation.

Ken Hind, a Lancashire-based criminal advocate who served as a parliamentary private secretary to various ministers during the Thatcher era, told Legal Futures the cuts would precipitate a “meltdown of the legal system as we know it”.

The Lord Chancellor, Chris Grayling, had “no discretion” over the cuts because they were “Treasury driven”, he said, adding: “I understand why they are doing it, I just feel that the Ministry of Justice are bearing a disproportionate share of the public expenditure cuts compared with other departments.”

Mr Hind was called in 1973, was the Conservative MP for West Lancashire Ormskirk between 1983-92. He said criminal barristers had “to cut our cloth and cut our expenses in order to make a decent living and also provide a high quality service to our clientele”.

He continued: “Effectively the luxury of the thick pile carpets and the chandelier is something that we no longer can afford.”

He said barristers in the field had “suffered a 4.5% cut for the last three years, we are facing a 17 .5% cut in the advocates’ graduated fee scheme (AGFS), and a 30% cut in very high costs cases (VHCCs)”.

His new venture, Newton Chambers, which he said was a smaller version of the virtual chambers announced by Michael Mansfield QC following the demise of Tooks Chambers, will launch on 30 November. Initially it will begin as a one-man band but he said he expected other advocates to join him.

“I’ve already built a number of contacts, both with members of the Bar and with higher court advocates (HCAs), where we plan to co-operate together and cover each other as a situation arises.”

Mr Hind, who is a member of the Criminal Bar Association, said that as far as he knew, it would be the first virtual chamber in the north of England. It would require very little infrastructure, he explained.

“If you’re an individual practitioner, it is possible now to do your own bills because of the nature of the AGFS, you have internet listing in every Crown Court, you communicate by e-mail and telephone with all your instructing solicitors; why do you need chambers?

“If, when you say chambers, you mean buildings and staff – the situation is that we can all manage with possibly the sharing of a clerk [who] can operate from one room and communicate with us all by phone and by e-mail.”

He confirmed he would not accept VHCC cases under the new rates, in line with most criminal law barristers: “We’ll all be turning away VHCC cases. Our government has decided that despite the fact that contracts were signed and sealed and planned forward that they [will] arbitrarily cut 30% off the figure. For many it will just make it unviable.”

He concluded: “The system is geared up in such a way that because of the solicitors employing [HCAs] of their own there is no way in for young barristers. Within 10 years the criminal bar as we know it today will have disappeared.”