Ex-MP convicted of perverting justice struck off as solicitor 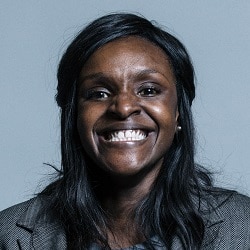 Former Labour MP Fiona Onasanya has been struck off following her conviction for perverting the course of justice by lying about a speeding offence.

Solicitors Disciplinary Tribunal (SDT) president Ed Nally, chairing the panel, said: “As a parliamentarian makes the law so a solicitor must uphold the law and rule of law and sadly in this case Ms Onasanya has failed in those duties.”

In January, the ex-Peterborough MP was sentenced to three months in prison and failed in an appeal. She was recalled by her constituents and a by-election held recently to replace her.

She plotted with her brother Festus to avoid prosecution for speeding by naming Aleks Antipow as the driver of the Nissan Micra. Mr Antipow, Festus’s former lodger, was at home with his parents in Russia at the time. Festus was jailed for 10 months.

Nimi Bruce, for the Solicitors Regulation Authority, told the tribunal: “The court found by 2 November 17 the respondent was aware that false information had been provided to the police by her brother.

“Ordinary, decent people would consider the behaviour giving rise to the conviction dishonest.”

Ms Onasanya, who represented herself before the SDT, insisted that she was innocent and said she was pursuing her case through the Criminal Cases Review Commission.

But the SDT found that she had failed to uphold the proper administration of justice, failed to act with integrity, behaved in a way likely to undermine public trust in the profession and by reason of her conviction acted dishonestly.

Mr Nally said the tribunal was aware that the conviction “has led to disastrous consequences both personally and professionally and [we] take full account of those”.

But he continued: “As a solicitor there are professional consequences which follow from a proven act of dishonesty.

“As a parliamentarian makes the law so a solicitor must uphold the law and rule of law and sadly in this case Ms Onasanya has failed in those duties.

“We believe that we have not heard anything that would amount to exceptional reasons that would prevent us from administering the ultimate sanction. We must strike off Ms Onasanya from the roll of solicitors.”

“You have not simply let yourself down; you have let down those who look to you for inspiration, your party, your profession and Parliament.”