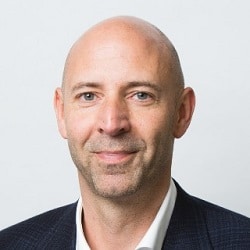 A former Linklaters partner now researching ethics at big law firms has urged them not to furlough or make staff redundant if the goal is to maintain partner profitability levels.

Trevor Clark said firms should follow the example of Premier League football club Liverpool – which reversed its decision to put many of its lower paid, non-playing, staff on furlough while keeping players on full pay, after a public outcry – rather than those clubs making use of the government scheme.

Mr Clark, a banking and finance partner at Linklaters from 2001 to 2017, noted that many corporate law firms in London have announced partner pay deferrals, and cuts to distributions and/or flexible working and other measures. But Pinsent Masons has placed non-fee-earner staff on furlough, with others yet to decide what they are doing.

Writing on the Lawyerwatch blog, he suggested that firms were “dusting down the playbook” from the global financial crisis, which saw often multiple rounds of redundancies between 2008 and 2011.

“The purpose of the redundancies was to broadly maintain partner profitability, i.e. partner pay, at, or close to, pre-financial crisis levels. Partners (to the extent they weren’t not themselves terminated) didn’t take too much pain.”

But the solicitor – who is currently a PhD student at UCL Laws conducting research into the ethics and professionalism of lawyers in large corporate law firms – said this should not be the response now.

He argued that lawyers and law firms’ public interest duty to act in a way which upholds public trust in the legal profession “requires them to take a broader perspective at times like these, and to not just focus on the bottom line”.

This meant the government’s furlough scheme should only be used as a last resort “if a firm is facing collapse”.

“Taxpayers will be left with the bill for these measures, and there is likely to be limited appetite for the bill to be larger because big law firms locked into the scheme as well as small local shops and restaurants, for example. These business often face a binary choice between furlough and insolvency.

“Law firms have other choices. There are alternatives to redundancy. Deferring partner pay to retain much-needed cash to pay employees for example, and maybe cutting partner drawings or even accepting lower partner profitability.”

Mr Clark observed that big law firms were not as badly affected by this crisis as other businesses, with “plenty” of corporate rescue work and insolvency work in the offing: “Just as they did post-2008, nimble firms are currently respraying their finance and corporate lawyers to turn them into restructuring and insolvency practitioners.

“And private equity firms are starting to eye bargains and will need the help of their lawyers to execute these plans.”

Mr Clark suggested too that while the 2008 financial crisis changed the landscape permanently, the pandemic may yet prove to be “a painful but mostly temporary economic downturn”.

He concluded: “Events are fast moving, so who knows how this will Covid-19 crisis will ultimately play out? For the time being, big law firms might look to Liverpool’s example, and not tap into the furlough scheme, or implement mass redundancies.

“Apart from anything else, they will want to protect their brand and avoid the negative publicity and ill-feeling that either of these measures might provoke.

“And partners might, in the spirit of the hour, volunteer to take a bit of pain to prevent that becoming necessary.”