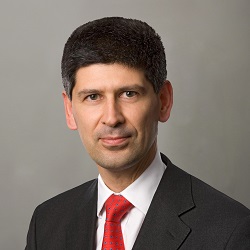 Vos: No principled reason not to find privilege

Correspondence between solicitors involving “an element of deception” as to its real purpose can be covered by litigation privilege, the High Court has ruled.

Robin Vos, sitting as a deputy High Court judge, said that while he did not condone the tactics employed by Cardium Law and its client, Ahuja Investments, this did not prevent a finding of privilege.

Ahuja is suing Victorygame Ltd and Surjit Singh Pandher in respect of misrepresentations they are said to have made in the context of a property transaction. The defendants are counterclaiming.

An important issue is what Ahuja’s solicitors at the time, London firm Stradbrooks, knew and what they told Ahuja.

According to the ruling, Ahuja had difficulty with extracting information from Stradbrooks for the purposes of the action.

In consultation with counsel, it was decided that the only way the conducting solicitor there would give “any substantive comment” was to threaten to issue negligence proceedings, although there was no intention to actually do so.

Cardium sent a letter before action under the pre-action protocol for professional negligence and Stradbrooks’ insurers responded some 11 months later.

At first instance, Master Pester ordered disclosure. He considered that, in determining the dominant purpose, he should look at not only Ahuja’s intention but also how the correspondence would have been seen by Stradbrooks and its insurer.

But Mr Vos overturned this decision, finding that the “the dominant purpose of Ahuja in bringing the correspondence into existence was to obtain information for use in the current proceedings”.

The fact there was “an element of deception” did not mean the claim to privilege could not succeed, he went on – the case law did not establish such a principle and he was not prepared to find one.

“The reason for this is that, in my view, the purpose of litigation privilege is to enable a litigant to obtain information which can be placed before their legal advisers for the purpose of pursuing their proceedings without having to worry that such information may have to be disclosed to the other party.

“Whilst I do not condone the tactics used in this case to collect that information, having found that the dominant purpose of the correspondence was to obtain information for the purposes of these proceedings, there is in my view no principled reason why the protection of privilege should not be available in relation to that information.”

“The defendants’ reason for wanting to see the correspondence is that they believe it will show what [the solicitor at Strandbrooks] knew about the matters in question and what he says he told the claimant.

“Clearly such information, if sought for the dominant purpose of these proceedings (as I have found) is within the scope of litigation privilege.”