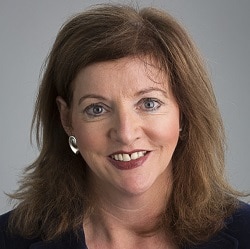 A former civil servant who also held a senior role at the Co-operative Group has been appointed to the new role at the Solicitors Regulation Authority (SRA) of executive director for strategy and innovation.

Tracy Vegro will be responsible for developing the organisation’s strategic perspective and in particular its policy and research work, with a focus on supporting the delivery of innovation and technology in the legal sector.

The restyled post fills a hole for a policy specialist in the SRA’s senior management team (SMT) after two left in the space of three months – first Crispin Passmore at the end of 2018 and then his replacement, Richard Collins.

Mr Passmore had been director of policy and Mr Collins director for strategy and resources. Following the former’s departure, the latter became the director leading on policy, education and anti-money laundering, with nobody filling the strategy role.

Ms Vegro will oversee 40 staff. The salary is not stated; chief executive Paul Philip received £348,000 for the year to 31 July 2018, the most recent accounts show, with the executive team as a whole receiving £1.57m.

Ms Vegro joins from the Financial Reporting Council, where she has been executive director of strategy and resources since March 2016.

Before that, she was a senior civil servant and one of the first to be selected for the Cabinet Office’s high potential development secondment programme, through which she was sent to work on the Co-operative Bank recapitalisation project, stabilising the bank without recourse to taxpayer funding.

After the bank crisis was over, she stayed on to establish the new role of director of policy for the wider Co-operative Group, which included working with Lord Myners on his review of the group’s corporate governance and then implementing a major board restructure with the new group secretary.

Ms Vegro joined the civil service straight from university, and worked across various departments. She has also served on the boards of several non-departmental public bodies, such as the Energy Saving Trust and the Equal Opportunities Commission.

Beyond Whitehall, she has spent time in Brussels as a UK representative on equality and diversity policy and worked for Proctor & Gamble in Paris in the late 1990s whilst on a career break from the civil service.

She is a member of the government’s Major Project Leadership Academy and completed the Oxford Business School masters programme in 2013.