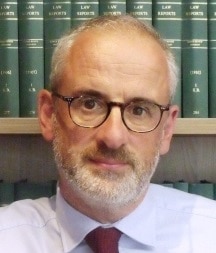 A former chairman of the Criminal Bar Association (CBA) has publicly rebuked one of his predecessors over his criticisms of the association’s negotiations with the government over the advocates’ graduated fees scheme (AGFS).

The disagreement began with a blog [1] posted by Michael Turner QC on the Secret Barrister’s blog.

He wrote: “It was a mantra of the latest action that, in taking the stand we were, we wanted to save the legal aid system as a whole. That cry was dropped almost as soon as it was uttered and did certainly not feature as part of the negotiations.

“Whilst we were making our own ridiculous deal with the government and thinking yet again we had got one over on our sister profession, they were taking the government to court. And guess what? They won. Whilst we have given away the 10,000 page count, they retain theirs.”

Mr Turner questioned why neither the Bar Council nor the CBA took judicial review proceedings.

He continued: “In times gone by, when our leaders had made such a hash of things they would have hung their heads in shame and resigned. Taken the honorable way out. Not a bit of it; they prance around like the Emperor in his new clothes.

“Do our venerable leaders have any idea how to rectify what has been given away so readily ? I expect that the answers will come on the back of a postage stamp, if at all.”

A blog in response [2] by Francis FitzGibbon QC said he was “saddened and angered by your mean-spirited and ill-informed attack… on your successors as chairs of the CBA”.

He said: “You resort to gratuitously and deliberately offensive personal comments: like a bad advocate or a third-rate politician, masking the feebleness of your argument… On the substance, such as it is, you are perpetuating a false and dangerous ‘stab-in-the back’ narrative.

“The Bar leadership achieved genuine progress in the drawn-out AGFS negotiations. For all your fighting talk at the time, by how much were legal aid fees increased when you were chair of the CBA in 2012-13?”

Mr FitzGibbon argued there was no decision by the Ministry of Justice that was “so flawed that a JR would have been feasible, let alone successful”.

He explained: “I don’t see how an increase in the budget, following years of negotiation and an agreement, could be susceptible to judicial review.”

Solicitors’ battle with the MoJ was “different from ours”, he continued. “They were faced with an actual cut – we had a redistribution of a stable budget to negotiate, and ended up with an increase.”

Mr FitzGibbon urged Mr Turner to understand “that this was a negotiation… That means give and take. You may regard compromise as a dirty word, but that’s what responsible people do”.

He pointed out that CBA members had voted in favour of the deal, if narrowly. “Pragmatism won the day. Demanding the resignation of the current leadership, after the vote and three days into their terms of office, is nothing short of ridiculous.

“No one says the settlement is perfect or the last word on the subject. We will see the true impact of the new scheme in the coming months, and we should not prejudge it. Your intervention – nasty, ill-informed, but mercifully short – does nothing to advance the Bar’s cause.”