Ex-BSB director returns to the law with CILEx 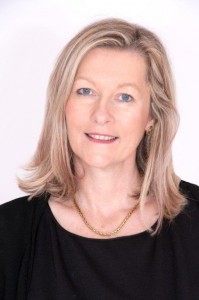 Mandie Lavin, the former director of the Bar Standards Board, has returned to the legal scene after being appointed the new chief executive of the Chartered Institute of Legal Executives (CILEx).

Ms Lavin will take over the post on 1 January 2015, upon the retirement of Diane Burleigh.

Ms Lavin was at the BSB between 2008 and 2010, and is currently director of regulation at the General Optical Council.

It is the latest appointment in a round of changes at the top of most of the profession’s main representative and regulatory bodies.

Ms Lavin said: “I am thrilled to be joining CILEx in the midst of many exciting developments, and to continue the excellent work the organisation has done for more than 50 years.

“CILEx has built a reputation as a progressive organisation, and has achieved pioneering developments in legal education, member services and regulation. I am greatly looking forward to supporting CILEx’s staff and members as they take on new practice rights and continue their admirable work.”

CILEx president Frances Edwards said: “Mandie brings with her an impressive track record and forward-thinking attitude. She will make an excellent addition to the CILEx family…

“We are fortunate that Diane will continue to lead the organisation to the end of this year. After 15 years at the helm, she has brought about a radical change in the standing of CILEx and its members, and her legacy will be testament to her formidable efforts.”

Ms Lavin qualified as a nurse in 1987 before requalifying as a barrister, being called in 1993. Before taking on the role at the BSB, she was director of fitness to practise at the UKCC (the predecessor to the Nursing and Midwifery Council), spent three years in financial regulation at the Chartered Institute of Management Accountants, and was then director of fitness to practise and legal affairs at the Royal Pharmaceutical Society of Great Britain.