Ex-Asons boss agrees not to return to profession 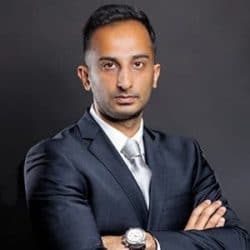 Akram: Agreed not to return to practice

The former boss of failed Bolton law firm Asons has undertaken not to return to legal practice without the permission of a High Court judge after facing contempt proceedings.

Mr Akram was the principal of the personal injury firm, which collapsed in March 2017 with huge debts. He was suspended from practice for 18 months in May 2018.

He was then pursued further by Esure and its solicitors, Manchester firm Horwich Farrelly, with the focus on a road traffic accident claim from 2015 that included a fabricated claim for both cognitive behavioural therapy and physiotherapy, valued together at over £6,000.

According to Horwich Farrelly, the claim was supported by a number of documents which were shown to be false and could be traced back to Mr Akram.

The firm said this claim formed part of “a much wider conspiracy in which the same scam was perpetrated in hundreds of similar actions” – modest whiplash claims “routinely” included additional claims for psychological injury and associated special damages included in them.

After the claim was issued, Esure pleaded its intention to utilise it as a test case to assess the validity of the numerous similar claims the industry was seeing.

Shortly before the case management conference, Asons served a notice of discontinuance in respect of the medical claims and eventually admitted they were false.

The claim was transferred into the High Court for an investigation into the false documents. Mr Akram initially blamed the fee-earner, saying he had operated alone, and Esure began committal proceedings against the fee-earner and client.

But when the former claimed that Mr Akram was responsible for the dishonesty, Esure brought proceedings against him too.

According to Horwich Farrelly: “Mr Akram denied the allegations all the way to the day of the final committal hearing in February 2020. Faced with the realisation that he faced a significant custodial sentence if Esure prevailed, he indicated that he would undertake not to apply for a certificate to practise as a solicitor [without first seeking the permission of the judge], in effect removing Akram from the industry.”

As Mr Akram is bankrupt, his family agreed to pay the costs on his behalf.

Ronan McCann, managing partner of Horwich Farrelly, said: “There has been significant industry scrutiny of Asons over the years, and many other insurance providers have brought actions against the firm as well as Akram himself.

“Despite the firm being shut down in March 2017, Akram didn’t lose his practising certificate and the industry has been understandably concerned about the potential that more fabricated and exaggerated claims could be generated.

“Whilst the SRA was unable to secure a finding that Akram should be struck off, we have worked closely with Esure to prosecute this action, with the aim of removing him from the industry.”

Last year, Horwich Farrelly also secured the committal of Haroon Karim, the former director of multiple claims management agencies/hire companies who worked with Asons Solicitors. He was found guilty of contempt of court and sentenced to six months imprisonment.