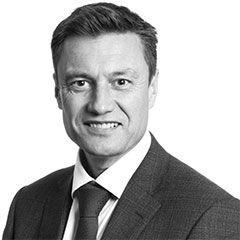 A global law firm has implemented a web-based crowdsourcing app to harness innovative ideas from its thousands of employees worldwide.

IdeaDrop, an off-the-shelf product used by other large companies, was adapted by Eversheds Sutherland, which has 66 offices in 32 countries. It has been piloted and since last week is being rolled out among the legal practice’s 5,000 staff. It has already accumulated over 100 suggestions.

Users can also ‘drop’ a challenge, using the app as a crowdsourcing platform in an effort to find solutions to particular problems. The firm monitors the online results and the intention is that the best ideas will be captured and put into effect.

Lee Ranson, Eversheds’ co-chief executive and former managing partner, said: “As our scale and reach grows we want to continue to drive innovation across the business globally, harnessing the creativity of our people to help deliver our strategy.

“The beauty of IdeaDrop is its simplicity and inclusivity – it allows everyone to be a part of making change happen, regardless of their role or geographical location.”

He told Legal Futures that the platform had been piloted among around 500 people in the firm’s partner group from July 2018, following a conference in New York.

He said that since then it had been ‘tweaked’ and an internal infrastructure built to support taking the best ideas and making them a reality.

There were already over 100 ideas live on the platform, he reported.

He explained: “We wanted to take an approach that involved everyone in innovation, making it easy for everyone to take part in having ideas, refining them, commenting on them.

“Often innovation in large organisations feels very ‘top down’, or as if it is the responsibility of a small group of people or a department…

“IdeaDrop is an ideal platform for us to harness the power of our collective imagination.  However, it is just that – a platform.  Ideas only come to life through the internal infrastructure we have built across our practice groups…

“Ideas dropped in IdeaDrop need to align with one of the five pillars of our global strategy, so that we keep focused on improving our business in support of our vision for the firm and – ultimately – for our clients”

In July Stephen Hopkins, the firm’s head of global client development, said he was one of those who thought that “seismic change” was on the horizon as a result of the way technology was moving.

In March Eversheds launched BreachLawWATCH, a mobile app which provides data breach statutes across a number of jurisdictions, including Europe, Asia and the United States.