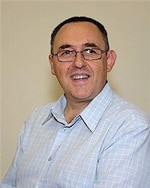 A team of legal executives who were once a debt recovery arm of Eversheds, has launched an alternative business structure (ABS) to bring litigation in-house under the supervision of its FILEx head of legal practice.

Separately, a Midlands commercial litigation start-up, specialising in US migration law and other areas, will launch in September.

The ABS’s head of legal practice is Andrew Newsome, a chartered legal executive and the firm’s IT director and managing director. LRC was formed out of Eversheds Nottingham in 2002 as part of a management buy-out.

Two of the other directors are Claire Stocks and Rachel Rowbotham, both associate members of CILEx and former leaders of Eversheds debt recovery teams.

The fourth director, Michael Whitaker, is LRC’s business development manager. He is part-qualified as a legal executive and has more than 25 years’ experience in debt recovery.

Mr Whitaker told Legal Futures: “We want initially to deal with the commencement of any court proceedings, but I think the plan in the future would be to recruit a lawyer to be able to handle defended actions here as well.”

He added that the ABS was a “natural step” for LRC. Each of the firm’s debt recovery specialists tended “to deal with clients day by day, even when we go down the litigation route”.

The firm currently has a partnership with Nottingham solicitors Sharp Young & Pearce, to handle its court actions and litigation. The ABS would “remove them from the equation”, he said.

In other ABS news, Birmingham-based Merit Legal Limited, trading as MLL Solicitors, which received its ABS licence this month from the SRA, is the brainchild of solicitor Mohammed Qasim.

Mr Qasim, a consultant at Halesowen firm, Thursfields Solicitors, said the business would be primarily a “niche commercial litigation and insolvency practice” but would have close links with the US.

The ABS would do US migration law and intellectual property work, carried out by its US-based affiliates, although he planned to visit the US in the summer “to firm up a few arrangements with some lawyers over there”.

He added: “If somebody wants to migrate to the USA, we can sort all that out – green cards, the whole lot.

“Intellectual property in the US is big business. People over here will charge an awful lot of money and often don’t know what they are doing, whereas we will have people… who do it every day and are practised at it.”

He predicted that “within three to six months we will be recruiting”.