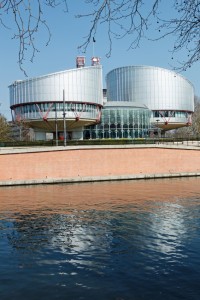 Lawyers do not have the same rights to speak out on sensitive and high-profile cases as journalists, the Grand Chamber of the European Court of Human Rights (ECHR) has ruled.

Rejecting an argument by the Council of Bars and Law Societies of Europe (CCBE), which intervened in the case, the ECHR ruled that, given the special status of lawyers and their position in the administration of justice, they could not be “equated with journalists”.

The court said: “Their respective positions and roles in judicial proceedings are intrinsically different.

“Journalists have the task of imparting, in conformity with their duties and responsibilities, information and ideas on all matters of public interest, including those relating to the administration of justice.

“Lawyers, for their part, are protagonists in the justice system, directly involved in its functioning and in the defence of a party. They cannot therefore be equated with an external witnesses whose task it is to inform the public.”

The ECHR was ruling in Morice v France (application no.29369/10) [2], a case involving an outspoken attack by a French avocat on the impartiality of two judges involved in a sensitive judicial investigation.

Bernard Borrel, a judge seconded by France as technical adviser to the Ministry of Justice in Djibouti, was found dead near a remote road north of the city in 1995. The Djibouti gendarmerie concluded that he had committed suicide by self-immolation, but his family in France refused to accept it was suicide and his widow appointed Olivier Morice as her lawyer.

Judicial investigations followed. However, in 2000 the newspaper Le Monde published an article including an attack by Mr Morice on two of the judges who had been involved in the investigation, but were later removed.

He accused them of conduct “completely at odds with the principles of impartiality and fairness”, and accused them of “sitting on” evidence and receiving a “rather friendly” note from Djibouti.

Mr Morice was quoted as saying: “This letter shows the extent of the connivance between the Djibouti public prosecutor and the French judges and one cannot but find it outrageous”.

The judges made a criminal complaint of public defamation of a civil servant. The Nanterre Criminal Court sentenced Mr Morice to a fine of €4,000 in 2002, and ordered him to pay, jointly with the other defendants, €7,500 in damages to each of the judges, together with €3,000 in costs. It also ordered the insertion of a notice in Le Monde, of which the cost was to be shared between the defendants.

The sentences imposed by the court triggered an extended appeals process, ending in 2009 when the Court of Cassation finally dismissed them.

However, the Grand Chamber of the ECHR ruled that France had violated his article 10 on freedom of expression. As well as the CCBE, French legal bodies intervened in the case.

The ECHR noted that neither the French Principal Public Prosecutor, nor the relevant Bar Council, had found it necessary to bring disciplinary proceedings against Mr Morice.

It said that when it came to public statements made outside of court, there needed to be a distinction drawn between statements of fact and value judgements, ruling that Mr Morice’s comments had been the latter.

The question then was whether the factual basis for those value judgements was sufficient, as lawyers cannot “make remarks that are so serious that they overstep the permissible expression of comments without a sound factual basis”.


The ECHR concluded: “The court is of the view that the impugned remarks by the applicant did not constitute gravely damaging and essentially unfounded attacks on the action of the courts, but criticisms levelled at judges M and LL as part of a debate on a matter of public interest concerning the functioning of the justice system, and in the context of a case which had received wide media coverage from the outset.

“While those remarks could admittedly be regarded as harsh, they nevertheless constituted value judgments with a sufficient ‘factual basis’.”

The ECHR held that even where the sanction was the “lightest possible”, such a guilty verdict with a discharge of the criminal sentence and the award of only a ‘token euro’ in damages, it nevertheless constituted a criminal sanction.

It also found that Mr Morice’s article 6 rights to a fair trial had been breached because one of the judges who sat on the case in the Court of Cassation had previously expressed public support for Judge M.