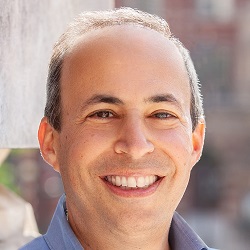 Nearly four in ten estate agents (39%) believe that greater “mutual respect” would most improve their relationship with conveyancers, but lawyers would prefer to see a focus on better collaboration, research has found.

While most younger property professionals thought that “nothing could be done” to improve the relationship, almost three-quarters (72%) of those in the industry for more than 15 years disagreed.

Both conveyancers and estate agents were likely to think that better technology was the “one thing” that would make their job easier, though this came in second place behind simpler processes.

The report by blockchain property transaction network Coadjute was based an online survey of 500 property professionals, 22% of whom were conveyancers and more than 50% estate agents.

In his foreword to the report, Bold Legal Group founder Rob Hailstone observed that, despite many technological breakthroughs in the property market, the home buying and selling process was “slower, longer, and more painful” than ever before.

Mr Hailstone said the real barrier to progress was not technology, but lack of trust.

“Suspicion runs deep across the transaction process. Referral fees and a lack of transparency and understanding between the parties deepen the divide.

“Is all hope lost? Far from it. Am I optimistic about the future? Most definitely. But first, all parties must be willing to break away from the unfair stereotyping and bitter rivalry that has blighted the property market for far too long.”

Younger estate agents, who had been in the industry for 10 years or less, were much more likely to believe that more mutual respect would improve the relationship with conveyancers than their older colleagues.

Rather than respect – identified by 26% of conveyancers – approaching half of lawyers (43%) said better collaboration would most improve the relationship. More open communication (24%) was also important, with ‘more trust’ (7%) less popular.

When it came to improving the conveyancing process, both sides agreed that better co-operation and communication mattered most.

After that, conveyancers highlighted automating administrative tasks that did not bring value but had to be done, while estate agents prioritised improved client ID and data-sharing processes.

Around two-thirds (68%) of property professionals believed that technology had a positive impact on the relationship between estate agents and conveyancers.

The view was felt more strongly by estate agents (72%) as opposed to conveyancers (63%).

Younger conveyancers, with 10 or less years in the industry, were more likely to rate the impact of technology highly than their older colleagues – 70% compared to 57%.

Dan Salmons, chief executive of Coadjute, said the survey results showed that better collaboration and communication were needed to bridge “the growing divide” between conveyancers and estate agents and make the market work better for everyone.

“Unsurprisingly, the younger generation is most optimistic about the potential technology holds.

“However, all agree that to deliver meaningful change, strong relationships and mutual respect must underpin any solution.”

He added that although conveyancers and estate agents played different roles in property transactions, fundamentally they shared “the same goals and frustrations”.