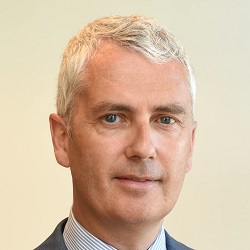 Bomans: Business will be smarter with capital

The ESG – environment, social and governance – agenda will be the key driver of growth in litigation funding in the UK and continental Europe in the coming years, new research has predicted.

It found that the UK’s funding market was larger than the rest of Europe put together, but between them they were only a quarter of the size of the US’s.

The report from Deminor, a Brussels-based funder that has an office in London, said ESG was already having an impact.

“To be viable many of these cases require litigation funding. Groups of claimants have taken action in European courts, to claim damages for environmental harm that has occurred outside Europe.

“Courts have shown an openness to hear these cases. In addition, we have seen the emergence of climate litigation and human rights actions. Responsible litigation funders can play a positive role in supporting these cases and bringing about social change.”

Deminor said there was no precise information available about the current size of the global litigation funding market. It estimated the “addressable” market – the total potential value of cash deployed each year in litigation – to be $11.2bn (£9.3bn) as of 2020, of which the UK represented $1bn and the rest of Europe $800m.

The report said the total value of actual cash deployments was likely significantly smaller, however, with figures from the US indicating that it was around 27% of the addressable market.

It was not always clear whether the amounts cited by funders covered actual deployments, commitments or investment potential, and the report said greater transparency was needed.

Deminor said the funding market was likely to grow by 8.3% a year, reaching $18bn by 2025, on the back of an expanding global legal services market and better penetration of litigation funding.

The rising cost of living would also be a major factor, “prompting businesses to free up working capital from long-term litigation projects and use litigation funding as a financial management tool”.

It said collective claims for investors, consumers or small businesses have been the strongest growth area in European litigation funding of late, driven by corporate scandals and the adoption of collective proceedings legislation in various countries, such as the UK’s 2015 Consumer Rights Act.

Deminor forecast that European regulation was “unavoidable” and that funders should “embrace the moment”.

“It as an opportunity to create a more certain environment for funders, lawyers and clients, while pointing out to regulators the counterproductive effects of overzealous regulation for consumers and those who are most in need of litigation funding.”

Deminor chief executive Erik Bomans said: “The growth of litigation funding in Europe will not only create a shift in perception, but in consumers’ ability to successfully resolve legal disputes that otherwise wouldn’t be accessible to them.

“Given the economic uncertainty, we anticipate that the market will shift towards businesses using the funding to be smarter with capital and release money that would otherwise have been tied up in litigation.

“This is also likely to lead to more successful litigation outcomes where businesses can benefit from the knowledge of experts in the field.”

RPC said that, in order to deploy this additional capital, funders were increasingly looking to back new cross-border class actions.

“As investors have tried to diversify away from equities and bonds, litigation funding has attracted a flood of extra capital which has to be deployed. As class actions can lead to awards that run into the tens of millions of pounds they can be an attractive investment for a litigation funder.”

It pointed to recent research by Thomson Reuters, which found that FTSE-100 companies were facing an increase in class actions, 170 globally, up from 155 in the previous year.

RPC partner Chris Ross said: “Pretty much every class action case that takes place in the UK now has a litigation funder sitting behind it.”

Mr Ross added: “Some estimates suggest that 90% of cases put forward to litigation funders are rejected, underlining how selective funders are about the cases they take on.

“It also explains why litigation funders are now so active in looking for and even seeding new cases. They want to deliver a high ROI for their investors; that’s not easy when so much money is chasing the same cases.”