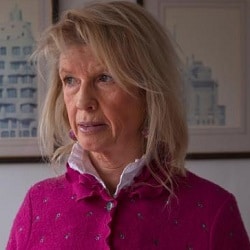 Scott Lazareff: Litigants in person should be renamed ‘The Public’

An entrepreneur who successfully lobbied for changes in how the Foreign Office handles missing people has launched a new campaign to support litigants in person (LiPs).

Through her Right 2 Justice website, Fiona Scott Lazareff said she would push for the creation of an All-Party Parliamentary Group (APPG) on LiPs.

“As people come to us, we note their support and try to take brief details to add to our ammunition.”

Ms Scott Lazareff said a network of 40 LiPs on WhatsApp were actively sharing their views and problems.

“Some people are in terrible situations and being part of a group can help a lot. We can’t help large numbers of people, but getting this feedback helps us get a more realistic assessment of the problem.”

Ms Scott Lazareff said most LiPs could be divided between people with “genuine complaints”, and those who had a lost a case and as a result believed the justice system was corrupt.

She is founder and chief executive of Divento.com, a multi-lingual platform which helps tourists plan city breaks, and provides venues with ticketing systems. She also founded the Techpreneurs Awards for Women.

Following the death of her son Nicolas in Moscow in 2016, she started a campaign to improve the way the Foreign & Commonwealth Office handles missing people, which led to changes in its procedures. It also paved the way to the creation of an APPG on missing people in spring this year.

Ms Scott Lazareff said she had the backing of Lord Marks, a Liberal Democrat peer and barrister, to set up an APPG for LiPs, and was discussing the matter with a Conservative and Labour MP respectively.

She said her first experience of being a LiP was in 2001, when she challenged overcharging by her solicitors.

She said a judge who could see she needed help formatting her documents allowed her to return to court two months later. She missed the hearing by going to the wrong court, but the judge involved recalled the parties and the case was heard later the same day.

“The judge was condescending, did not listen to me and did not care about breaches of court procedures by the other side.”

She went on: “I think a lot of the time judges take advantage of LiPs. It makes people think that judges are corrupt.

“Solicitors have abusive practices of making applications all the time to put LiPs under pressure and waste their time, running up excessive costs and terrifying LiPs into not having their case discussed.”

On her website, Ms Scott Lazareff listed a series of “suggested solutions” to the problems of “lack of respect and enforcement of guidelines concerning LiPs”.

They included renaming litigants in person ‘The Public’ and treating them as “the norm rather than the exception”. People with lawyers would be referred to as ‘The Represented’.

Court administration should be digitised, following the examples of HMRC and Companies House, with email alerts sent to LiPs to remind them about deadlines.

Ms Scott Lazareff said she was a supporter of the government’s £1bn court modernisation programme, but “very few members of the public” had been consulted about it.

“There should be posters up in courts saying: ‘We are digitalising our services. If you would like to give us your input, please contact us.’”

Another of her suggestions was that when a member of ‘The Public’ appeared at a hearing, a checklist should be read out at the start of the hearing to remind judges of their duty to LiPs.

This should be followed by ‘spot checks’ on the treatment of LiPs in court hearings by “appropriate people from the Ministry of Justice”.