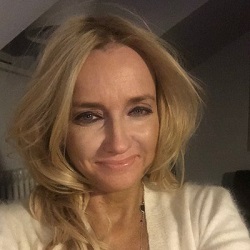 Meyer: No reason not to attend court

The Court of Appeal has dismissed a high-profile entrepreneur’s appeal against a suspended jail sentence for contempt over unpaid legal fees, saying it could have been longer.

In his ruling in February, Kerr J said Ms Meyer – who back in 2009 appeared as a ‘Dragon’ in an online version of the BBC’s Dragon’s Den – had shown herself in the proceedings “to be a selfish and untrustworthy person”.

She needed to learn, he went on, that the court was “not to be trifled with”.

An American businesswoman now resident in Switzerland, Ms Meyer received an MBE in 2011 for services to entrepreneurship.

She instructed Farrer & Co in early 2018 but later that year the firm ceased to act. In November 2019, the firm sued for the unpaid fees and obtained default judgment the following month.

In January 2020, the court issued a standard order under CPR 71, endorsed with penal notices, requiring Ms Meyer to attend in March to provide information about her means.

She did not comply and there were various hearings culminating in Kerr J’s decision to dismiss multiple applications – such as to set aside the default judgment – before making the contempt finding.

Lord Justice Coulson refused her permission to appeal but accepted that Ms Meyer was entitled to appeal against the finding of contempt and the sentence without permission – a right he criticised in another ruling this month about unpaid legal fees.

Ms Meyer dispensed with her solicitors and counsel shortly before the appeal hearing and did not attend court.

Males LJ said: “So far as I can see there is no good reason why Ms Meyer could not have attended the hearing of her appeal, save perhaps for her desire to avoid imprisonment in the event of it being unsuccessful.”

He went on to decide the appeal on its merits even though it “could properly be regarded as having been abandoned”.

Ms Meyer had sought to argue procedural errors in the contempt application but Males LJ said: “It is striking that nowhere in this skeleton argument is any submission made (let alone evidence produced) that any of these supposed procedural deficiencies had caused Ms Meyer the slightest prejudice… The alleged deficiencies are entirely technical.

“It is equally striking that there is no submission in the skeleton argument that any of these procedural deficiencies had been relied on, or even mentioned, at the hearing before Mr Justice Kerr.”

Males LJ said it was not open to Ms Meyer to raise new technical points on appeal, even though she had a right of appeal, and in any case none of them were well founded. The one point she could appeal was “hopeless”.

He concluded: “In my judgment the judge was right to conclude that this was a deliberate and cynical breach of the order which would continue unless Ms Meyer was coerced into obeying it. She had been given more than enough time to comply, but had made clear that she would not do so.

“The suspended sentence of imprisonment for six months which the judge imposed cannot possibly be regarded as outside the range of decisions reasonably open to him. The term might well have been longer.”

The judge added that – given Ms Meyer’s “willingness to disregard the orders of the court if it suits her to do so” – the court had not sent the draft of the judgment to her.

She could still raise any minor errors that would be corrected in an addendum.