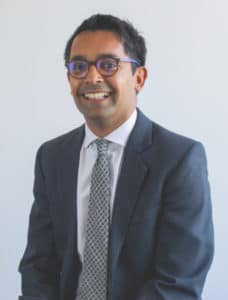 A provider of consultancy and expert witness services to the engineering sector has launched an alternative business structure (ABS) in a bid to add regulated legal services to its offering for corporate clients.

Finch Consulting Limited was given a licence by the Solicitors Regulation Authority in March, effective from the start of this month.

The ABS’s head of legal practice and head of finance and administration is solicitor Kamal Chauhan, Finch’s general counsel and director of legal and expert services.

Mr Chauhan, who has worked at DLA Piper and Nabarro and headed the regulatory team at Kennedys in Sheffield, told Legal Futures that Finch’s consultancy work was mainly “compliance and advisory in and around heavy manufacturing and industry, specifically looking at health and safety issues as a result of those corporates using fairly large pieces of engineering kit – and quite often having incidents arising from the use of that kit”.

Based at one of Finch Consulting’s four UK offices, in Ashby-De-La-Zouch, Leicestershire, the ABS has two lawyers: Mr Chauhan and solicitor mediator Susan Dearden, Finch’s head of regulatory within its legal services division.

Until 2017, Ms Dearden was a senior partner at Gowling WLG (formerly Wragge & Co) and developed and headed its health and safety practice for more than 30 years.

Finch’s chairman, John Crabtree, was Wragge & Co’s senior partner until 2003. Mr Chauhan said Mr Crabtree’s “expertise in terms of how we need to structure the legal services arm” was valuable.

The ABS has been interviewing paralegals this week and hopes to appoint either one or two, continued Mr Chauhan.

He said the ABS was inspired by “the success of the legal arms of accountants PwC and KPMG”, which confirmed his desire to “leverage our corporate client base and provide them with a complementary legal service”.

But he stressed that “we are certainly not trying to be a traditional law firm” or aiming to compete with clients, which he said were “top-100 firms up and down the country who quite often – especially the likes of DLA Piper, Eversheds, Nabarro, Kennedys – have their own regulatory function”.

“What we are actively not trying to do is to pinch, or be seen as pinching, their corporate clients”, he said.

However, he conceded that as the firm grew it would be difficult to avoid the perception of competition. He revealed that during the course of last week the new ABS was asked to pitch by a large client for legal work currently done by Eversheds.

He said: “This leaves us in a tricky situation because we don’t want to spoil those relationships but at the same time of course we are all grown-ups and we are all businesses.”