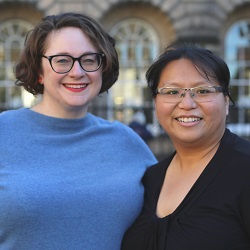 An employment law platform is targeting the growing number of people bringing their own tribunal claims with a DIY service which helps them through the process at a cost of no more than £500.

Danae Shell, chief executive of Valla, said the platform was not “trying to replace lawyers” but to help people who were currently unable to bring a tribunal claim.

Valla helps claimants explain their version of events using a timeline, organise emails, documents and messages, and save correspondence into one place.

It can then generate the necessary formal documents, such as grievance letters, the ET1 particulars of claim and witness statements.

Ms Shell said clients who needed a lawyer could be signposted to a number of law firms which had an informal relationship with Valla.

It was working on new services to enable lawyers to check documents and to enable claimants to be helped by ‘coaches’, who would provide both practical and emotional support.

Ms Shell said it was “too early to know” how the checking service would work, but it was something that needed to be discussed with the legal regulators.

Valla has recently been in touch with the Solicitors Regulation Authority (SRA), Bar Standards Board and other regulators during a “really helpful” four months in the LawtechUK sandbox, which aims to nurture legal tech ideas by involving lawyers, regulators and businesspeople.

Ms Shell said the coaches Valla wanted to recruit could be paralegals or HR professionals with experience of employment tribunals.

She co-founded Valla with chief product and technology officer Kate Ho, who like her had experienced discrimination at work. Despite having senior roles in the tech industry, both lacked understanding of their “options and rights” and how to bring a tribunal claim.

To remedy this, they paid a female employment barrister in London to help them learn about the law and the legal industry as they developed their platform.

Valla went through a pre-seed funding round at the end of 2020, raising £475,000 from Techstart Ventures, based in Belfast, Ascension Ventures and Investing Women Angels. A seed round is planned for later this year.

Ms Shell said: “Our strategy is to start with people who can only afford to do something themselves and work our way up.”

She said most of Valla’s clients had chosen to represent themselves or been referred by a legal advice clinic or by charities. The platform is taking part in the SRA’s unbundling pilot.

Ms Shell said Valla operated a freemium model, and templates would be launched soon, for example for grievances or grievance appeals, where each document would be charged at anything from £10 to £100.

Valla has launched an online discrimination training course for individuals and businesses, combining course material for learning over a four-week period with five live sessions.

Ms Shell said Valla’s ultimate goal, over the next few years, was to expand into other areas of law with “affordability problems”, such as housing, family and immigration.

She added that she had previously worked for a company which produced online accounting software for those who could not afford an accountant.

“It opened up a whole new market for the accounting industry and the industry grew really fast. There could be a very bright future for lawyers.”