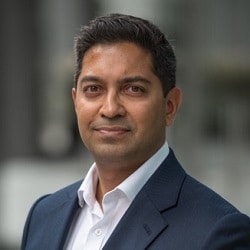 Simjee: Amazed by how difficult it is for SMEs to get good-quality, affordable support

A niche employment firm launched in Birmingham last month is combining HR consultants and lawyers to cut the fees it charges SMEs.

Omer Simjee, managing partner of Magma Legal, said some HR consultants were “more than a match” for lawyers and would help his firm offer fixed fees without “caveats, carve-outs and exceptions”.

Mr Simjee, a former partner at Irwin Mitchell, said Magma aimed to fill a gap in employment advice for SMEs between the “high-volume call centres” operated by unregulated firms like Peninsula and the service provided by regional law firms, several of which have separate HR consultancies.

Most combined employment law and HR services are run by unregulated firms.

Mr Simjee said the call centres were seen by some clients as “faceless” and relied on excessively long contracts, while traditional law firms were sometimes prevented from offering services due to conflicts of interest.

The solicitor said he was “amazed” by how difficult it was for SMEs to get good-quality, affordable support.

“We are actively trying to solve the problem. They want to work with high-quality professionals but need certainty of cost.

“Companies quite often think they’ve found a fixed product, but they haven’t, because what they need is not covered. These products are riddled with caveats, carve-outs and exceptions”.

He said Magma offered SMEs three main packaged fixed price services. At the most basic level, particularly aimed at start-ups, ‘Ignite’ covered all the “essentials”, such as contracts and disciplinary support, and support from a HR consultant.

‘Grow’ brings in employment lawyers and provides a more bespoke approach to contracts and policies, while ‘Rock’ is an “all-inclusive product for big businesses”.

Mr Simjee said the cost of the three packages depended on the size of the firm. He said he had currently had four employment lawyers and four HR consultants working with him, a number which he aimed to double over the course of the next year.

The lawyers and HR consultants are self-employed and work at home for Magma as consultants.

To keep costs down, Mr Simjee said he used serviced offices in Birmingham and elsewhere, along with a virtual PA and an office manager and sales manager who were also self-employed.

He said there was an increasing number of experienced lawyers and HR consultants, often from the big firms, contracting on a part-time basis with several different law firms.

Mr Simjee said that using experienced advisers allowed Magma to offer clients a risk-based rather than a “formulaic” approach to advice, which focused on what the client could achieve, rather than taking a textbook approach.

Client make appointments and payments through a dedicated portal.

Mr Simjee said Magma was a “one-stop shop” in that it provided an employment services hub with advice from external experts on health and safety, GDPR, employee tax and HR software.

In the long-term, he said Magma could become an alternative business structure, so this advice could be brought in-house.

Mr Simjee said Magma, which is entirely owned by him, did not need external investment for the time being as its platform was scaleable.

He said there was no “pressing need” to accelerate growth, as the idea was to begin in the Midlands, before expanding first to London and then the North-East.