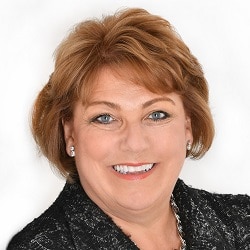 A niche law firm which advises on employee share ownership and executive pay has become the latest to convert to an employee ownership trust (EOT).

Co-founder Janet Cooper said the decision had acted like “rocket fuel” in motivating the 30 staff at Tapestry, 80% of whom are female.

Ms Cooper said the change enabled her firm, based in Sheffield and Leeds, to “walk the walk” as far as clients were concerned and was a “great way forward” for law firms of all sizes, although very few had made the move.

Ms Cooper said that 100% of the shares in Tapestry owned by her and co-founder Bob Grayson were transferred to the EOT. The pair, who set up Tapestry in 2011, are no longer directors and act instead as advisers to the board.

Under the EOT, all staff have been allocated a share of the firm’s profits, according to a remuneration policy approved by the trustees.

“It is flexible and fair, and will be reviewed every year. Senior people will still be rewarded.”

She said EOTs could work for “any size” of law firm, since they worked for John Lewis and companies like Aardman Animations and Richer Sounds, and EOT businesses tended to be more profitable.

“This is an opportunity for the whole firm to do things differently and reward people more fairly. It has acted like rocket fuel in motivating staff to develop the business.”

Ms Cooper said Tapestry, which has around 20 lawyers, converted to an alternative business structure in 2018 to prepare the move, as it means shares in the firm can be owned by a non-lawyer in the form of the EOT.

Since she did not “anticipate being in a pandemic” when the firm made the change, she asked Tapestry’s new directors, Chris Fallon and Carla Walsham, this summer whether they wanted to go ahead or defer the move, and they decided to go ahead.

Ms Cooper is a former partner at Linklaters, where she worked for over 20 years, becoming its global head of employee incentives.

She said her team at Linklaters was mainly female because she offered flexible working, which was not available elsewhere.

She founded Tapestry in 2011 with Mr Grayson, previously an in-house lawyer at Shell, offering flexible hours to new recruits which they could not get in corporate law firms. One of her trainees was Rebecca Campsall, an athlete and sprinter who represented England, who could not find a training contract anywhere else because of her sporting commitments.

Ms Cooper said Ms Campsall remains a solicitor at the firm, though she retired from athletics last year to have children.

Ms Cooper said that although Tapestry was a niche firm, it was now the biggest law firm in its specialist area, with clients like Goldman Sachs, Morgan Stanley, HSBC and Unilever.

She said Tapestry was set up for agile working before the pandemic, during which it had been very busy as companies cut the pay of some executives and furloughed staff.

Ms Cooper was awarded an OBE in 2017 for services to equality, women’s empowerment and employee share ownership.

On the future of flexible working, she said City firms had ended up with “no choice” but adopt to it because of the pandemic, and that afterwards there would be a change which should enable more women to work as solicitors.

“Time will tell,” she added.