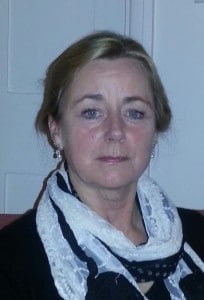 Squibb-Williams: ‘one-size fits all’ is no longer good enough

The needs of employed barristers should not be ignored and “second class citizenship” should “by now be a myth”, a former Crown prosecutor has said.

Karen Squibb-Williams argued that specialist training should be introduced for employed barristers, including “persuasive advocacy” which could be used in the boardroom as much as the court.

Writing on the Bar Council’s blog [2], she said: “The ‘one size fits all’ principle can no longer do justice to the needs of the practising bar of the future. There is now so much political, social and media attention on how the legal profession is engaged, regulated and paid, that it is essential to maintain the integrity of training for all practitioners.

“It is also vital to protect the best possible career development opportunities for all coming to the Bar by ensuring they are thoroughly informed and properly equipped as professionals from the outset.”

Ms Squibb-Williams described the range of career choices as “enormous” for those who have completed their pupillages.

“In the past neither of these has built in options that would be of interest to those who have decided on being an employed barrister. It has all been geared up to self-employed practice in chambers.”

Ms Squibb-Williams said that 2,770 of 15,710 practising barristers were employed, with 25% working for the Crown Prosecution Service (CPS).

She said that her first two years at the Bar were spent as a self-employed criminal law barrister, before joining the CPS in 2001 as a regional front-line prosecutor. The barrister was later seconded to the CPS Inspectorate, the CPS advocacy strategy programme and the Attorney General’s office.

Ms Squibb-Williams set up her own chambers in 2013, after leaving the CPS. Acorn Chambers [3]specialises in forensic science, technology and expert evidence.

Looking back on her career, she said: “You might ask whether better information and specialist training would have made any difference.

“I am in no doubt it would have made a significant difference; not to whether I would have made a better employed barrister, but to the extent that a career move from chambers to employment would not have felt like a slightly grubby secret.”

Ms Squibb-Williams went on: “Some of the Inns have now introduced a section on employed practice on their advocacy courses. This is good, but it is still piecemeal.

“Mainstream provision of information and training and Bar Council matters, are still discussed in terms of the ‘independent’ and ‘employed’ Bar, despite the unanimous resolution by the Bar Council in 2002 to change such references in the Code of Conduct to ‘self-employed’ and ‘employed’.

“All barristers are independent. Industry and government benefit directly from the skills and independence of the profession as a whole. Employing in-house barristers ensures a high standard of drafting and advocacy, whether in the boardroom or in court, as well as continuing access to robust independent advice.”

Ms Squibb-Williams said advocacy was “probably the one key area” where specialised training for employed practice should be considered “sooner rather than later”.

She said it was recognised that advocacy was not exclusively forensic or about presenting an adversarial case in court. “It is about presenting persuasive argument, whether in the court room or the boardroom. Given the widespread encouragement for the use of ADR and mediation as important alternatives to litigation, persuasive advocacy is set to become an increasingly necessary skill for all barristers, self-employed and employed.”