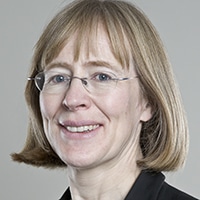 Emerging countries and large corporations will lead the way on court technology while the UK and USA lag behind, experts at the Global Law Summit in London have predicted.

Speaking just a week after the Civil Justice Council unveiled its blueprint for online dispute resolution, Clare Wardle, group general counsel at Kingfisher plc, told a session on ‘delivering justice in the digital age’ that in 10 years’ time she “liked to think” there would be a lot of progress in England and Wales.

“I suppose the courts will be using technology more effectively. I would like to think that the online small claims process will be up and running.

“The leaders will be countries like Azerbaijan, which have to do things quickly and cheaply.”

Ms Wardle said the other leaders would be the ADR systems used by large corporations. “They will become the ‘de facto’ leaders of dispute resolution and they will use technology to the full.”

Mahesh Rengaswamy, senior director of global justice programs at Thomson Reuters, agreed. He said Western governments had not “learnt the lessons” on court IT. “I believe we will learn the lessons from emerging countries which have limited resources to build things on.”

Earlier in the session, Deborah Hensler, professor of dispute resolution at Stanford Law School, said there were an increasing number of litigants in person appearing in courts across the USA without representation.

“It is possible to design a software system that would lead an unrepresented person through a process of filing and responding to a claim. The technology is here. A reasonable lawyer with a technology background could design it.

“This suggests that private entrepreneurs don’t really see a market. The obvious buyer is the state, providing the state has some resources. Why isn’t this happening? It’s not a question of technology at all.”

Mr Rengaswamy suggested that public-private partnerships could be set up to help improve court technology in the USA, possibly with funding diverted to public libraries as many of them have free internet.

John Mackenzie, partner at UK firm Shepherd & Wedderburn, said it was difficult to move the court process away from lawyers and judges, when these were the people you needed to persuade.

He called for court rules, for example on the length of pleadings, to be properly “embedded” in the system and enforced, and for procedural challenges to be made very expensive.

“If you’re late, you should pay. This would shift the onus on lawyers to change their behaviour”.

Mr Mackenzie said his concerns about online law were all about identity. “If we move into the virtual world, we must find some way for the individual to get into that process.

“How do you tackle spam? I get all these spam e-mails, how can I be sure that I don’t get them from the courts?”

Mr Mackenzie said proportionality was essential for small claims. E-mail verification might be enough for small claims but for large, complex claims something more complicated would be needed.

He added: “Can we trust our governments not to misuse the data they get when dealing with disputes? Do we need a third-party organisation to take care of the data? I don’t have the answers, but these are the things we need to address if this is going to work.”