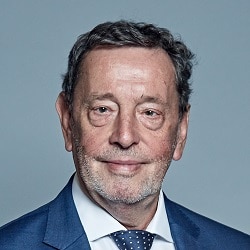 Security experts have highlighted email interception as the “weakest link” in firms’ defences against cybercrime in the property market.

Speaking on a webinar yesterday, former home secretary Lord Blunkett was among those who called for more use of personal contact and the “human touch”, which he described as “counter-intuitive in terms of productivity but magnificent in terms of service”.

Joe Pepper, chief executive of property data provider tmgroup, which organised the webinar, said it had been estimated that 1,400 criminal gangs were currently targeting the mortgage market. “Criminals can fail often and need to succeed only rarely.”

He said the property market was made more vulnerable because of its complexity, with a large number of law firms of all sizes, regulated by various different bodies.

“All of these weaknesses the industry is aware of. Technology on its own can’t solve it. It needs common sense, and the right amount of time and focus.”

Mr Pepper said he could see the value of using blockchain, currently used by the Swedish land registry, to improve security, but was not convinced now was the time.

“The technology exists today to make the market more secure. We might be looking at blockchain five years down the line. There are lots of questions about it and a lack of expertise in this country.”

Lord Blunkett said a lack of email encryption when he was home secretary had undermined negotiations with the French government over the closure of the refugee camp in Sangatte near the Channel Tunnel in 2002.

He said that the French government clearly knew exactly what the British position was before he arrived for the negotiations.

The Labour peer advised firms to train staff and make sure they had the knowledge they needed about cybercrime, without frightening them.

He said that in the past he had been “very keen on ID registers” and in the future this was something “we will be able to do.”

Neil Walsh, head of cybercrime, anti-money laundering and counter-financing of terrorism at the United Nations in Vienna, said people were more at risk working at home in the lockdown, partly because they were going onto websites they normally would not go onto when in the office, and criminals were “taking opportunities”.

He said that as well as “doing the basics to ensure hardware and software was up-to-date”, firms should be particularly wary of attempts to put them under time or financial pressure to do something.

He said he was concerned by the way criminals were using crypto-currencies and the lack of legislation in the area.

Mr Walsh added: “Do not pick up free USB sticks from conferences. You have no idea what is on it and the risk to your business. Throw them in the bin.”

He agreed with Lord Blunkett about the personal contact and said he had spent the morning “running round the cafes” in Vienna, meeting diplomats.

Mr Walsh said there was “nothing that could not wait a few minutes” and if a bank rang up asking for your mother’s maiden name, “call them back”.