Elevate becomes second business with US and English ABSs 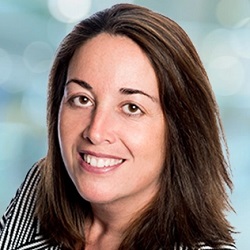 Legal consultancy, technology and outsourcing firm Elevate has become the second company to have an alternative business structure (ABS) in both England and Wales and the US after it was licensed in Arizona.

Elevate, which describes itself as a ‘law company’ and is majority owned by non-lawyers, follows in the footsteps of LegalZoom, which was licensed last October.

Elevate created its legal services arm, ElevateNext, in 2018 after joining forces with Nicole Auerbach and Patrick Lamb, the founders of innovative US law firm Valorem Law Group. Three years ago, it entered the UK market by buying Halebury, a consultant-led ABS.

Arizona became the first US state to scrap the rule against non-lawyer ownership a year ago. It has since licensed 15 ABSs.

Ms Auerbach said: “Our customers come to us for help with problems that typically require some element of legal advice but are best solved by integrating that expertise with legal operations, technology, and services at scale.

“Elevate customers now have a choice they previously lacked – to use a single company for all ‘run the company’ work that requires practicing lawyers at the helm or in the mix.”

Liam Brown, Elevate’s chairman and CEO, added: “Elevate addresses the ‘business of law’ market at global law departments and law firms. This ABS allows us to offer these sophisticated consumers of legal services lawyer-led capabilities alongside our technology and services solutions.

“Law companies are different from and not in competition with traditional law firms, which are well-adapted for the ‘advice of law’ market.

“Law firms collaborate with Elevate as a strategic partner to offer their clients an effective alternative to the Big Four, who have ramped up legal services in recent years to compete with law firms.”

ABSs have also been licensed in Utah since autumn 2020 as part of a two-year regulatory sandbox and there are currently 32.

Rocket Lawyer, a LegalZoom competitor which also has an English ABS, is taking part in the sandbox but – unlike Arizona – this is not yet a permanent regulatory change. It is planning an Arizona ABS as well.