Electronic signatures instead of witnesses for LPAs stay on the table 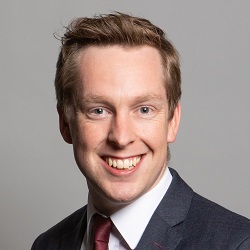 Pursglove: System will be simpler and more secure

The government has refused to rule out replacing the witnessing of lasting powers of attorney (LPAs) with electronic signatures despite widespread opposition in a consultation.

But it has rejected the ideas of requiring that certificate providers be professionals or that those making an LPA must use a solicitor.

The Ministry of Justice received 313 responses to the consultation on modernising LPAs that it issued last year, including 81 solicitors and 14 organisations representing them, such as the Law Society.

There were negative responses to all three of the possible reforms to witnessing put forward: removing the requirement, allowing remote witnessing or replicating it with a digital method that provided evidence that the donor and attorney executed the LPA.

The consultation explained that donors and attorneys could mark their consent through an “advanced or qualified electronic signature equivalent”.

The consultation response, published yesterday, said witnessing provided “a level of limited safeguard” and should be retained, but argued that the protection against abuse, even in the current process, “comes not from the witness but from the certificate provider (even if they are the same person, it is a different role)”.

When the responses were broken down, members of the public were positive towards the possibility of the digital approach.

“Further work will be required to develop and test the possibilities in this area, particularly around whether there is a technical solution that could provide robust evidence to satisfy both OPG [Office of the Public Guardian] and the Court of Protection.

“For these reasons, the government will continue to investigate the possibility of using technology to replace the witness with a similar (digital) function within the digital channel.”

Some responses questioned the need for the attorney’s signature to be witnessed – a process unique to LPAs – and the MoJ said it would consider this.

It will also investigate whether to combine the role of the certificate provider and the witness in relation to execution by the donor, but not the attorney.

Rejecting the suggestion that the certificate provider should be required to be a professional, the response said: “We believe LPAs should be attainable, accessible and affordable for all and access to a solicitor should not be a requirement or a barrier.

“The government is also aware that GPs can charge fees for acting as certificate provider. This may also prove to be a cost barrier for some donors.”

The government is committed to introducing a digital channel to allow the creation of LPAs – although it will not be a digital-only service – and will look to integrate it with lawyers’ document and case management systems to encourage them to go digital.

But there will be sufficient powers within the legislation to mandate lawyers to use the digital service in the future “should it be required”.

The MoJ stressed that its approach was not solely focused on solicitors. “We recognise the important role that third-party support can play in helping donors make their LPAs. This includes other legal professionals such as will writers and estate planners, as well as third sector organisations like charities.

“Our proposal was never to provide integrated access only to solicitors as this would be to provide an unfair advantage to one group of LPA service providers.

“As we stated at the time and during engagement, we are also considering how to provide access to the unregulated legal sector and non-legal support providers.”

Justice minister Tom Pursglove said: “Our reforms will make the system easier to access, simpler and even more secure from fraud.”

Though outside the scope of the consultation, the MoJ accepted the argument made by CILEX about the need to reform the Powers of Attorney Act 1971, under which a copy of a power of attorney can only be signed by either the donor, a solicitor, a notary or a stockbroker.

“The legal services market has changed substantially since the Act was passed in 1971. There are currently around 20,000 CILEX members in the UK – some performing the same functions as solicitors…

“We are keen to support the broadening of opportunities for CILEX professionals and will take the necessary steps to address this issue as an independent piece of work.”

CILEX chair Professor Chris Bones said: “The government has recognised the equal training and standing of CILEX lawyers that enables them to create original powers of attorney should be reflected by changing the historic legislation that has created the restrictive anomaly in relation to certifying copies.

“CILEX will work closely with government to help solve this issue and others that lead to greater access to legal services and to enhance consumer choice.”