EHRC warning on use of video hearings in criminal cases 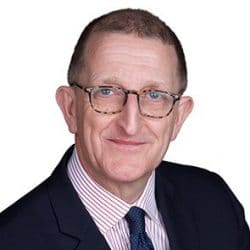 Isaac: New approaches should not accentuate the difficulties that already exist for disabled people

The Equality and Human Rights Commission (EHCR) has called on the government to take action to reduce the risk of disabled people being wrongly convicted because of video hearings in criminal cases.

The EHRC said that, despite the “significant expansion” in video hearings since the Covid-19 crisis, they were not suitable for “many people” with a cognitive impairment or mental health condition

Among the recommendations of its interim report on inclusive justice were that all “frontline professionals”, including judges and police officers, should “give greater consideration to identifying people for whom video hearings would be unsuitable”.

The EHRC also call for the use of registered intermediaries to help defendants in video hearings.

Researchers also surveyed the extent of video links in the criminal justice system, finding that 207 out of 234 criminal courts in England and Wales had some form of video link technology in the spring of 2019.

An analysis of Crown Court listings on a sample of dates last spring showed that 62 out of 72 had at least one defendant listed to appear by video.

The EHRC said video hearings were not suitable for “many people” with a cognitive impairment or mental health condition.

Many interviewees “strongly urged that disabled defendants should be able to attend remand or interim hearings in person, where relevant, by way of an adjustment”.

One lawyer was quoted as saying that anyone with “language issues, mental health problems, or autism, ADHD, or any other learning-based difficulty” should not be appearing by video link.

Another said he had not seen “any real thought” given as to whether people appearing by video link from prison were “suitable to go over the link or not”, and it was more a case that “they’ve got orders to do all first appearances by video link”.

The report found that “opportunities to identify impairments and make adjustments” were lost or reduced where defendants appeared in court by video link.

Lawyers said that without the ‘human element’, it was harder to build up trust and rapport with their clients, made worse by the short, 15-minute time slot for video consultations.

Interviewees also raised “numerous concerns about video-links with poor sound and image quality”, with some not working at all or functioning intermittently.

The report suggested that technology in the magistrates’ courts could be “particularly bad”, meaning that hearings were delayed or abandoned.

One defendant said: “It wasn’t what I would call a real court because I was sat in a room all on my own with a screen but I couldn’t hear what was being said.”

There were some positive comments about video hearings, in terms of the need not to spend time travelling in uncomfortable conditions or waiting in court.

Others said video hearings could be a help for those who “experience high levels of stress or anxiety”, provided they had “support in the room” where it was happening.

The EHRC said that despite a call by the justice select committee in November last year for research into the impact of video links on access to justice before their use was expanded, the government said last month that growth would not be slowed to allow for evaluation.

The EHRC said recording some video hearings could help research, alongside the use of evidence from the video link pilots.

David Isaac, chair of the EHRC, said: “We are keen to work with government as they adapt the criminal justice system to meet the pandemic. It is vital that any new approaches should not accentuate the difficulties that already exist for disabled people in accessing justice.

“Equality before the law means that no one defending themselves in court should be disadvantaged because they are disabled – even during a time of national crisis.”