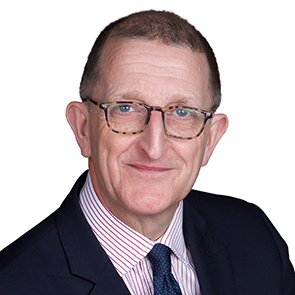 A catalogue of disastrous consequences has followed a reduction in the scope of legal aid, including debt from high lawyers’ fees, possible ill-informed judicial decisions, and knock-on costs for other parts of the public sector, according to new research.

A survey of 115 people with legal problems who would have received legal aid before implementation of the Legal Aid, Sentencing and Punishment of Offenders Act (LASPO) in 2013 was carried out for the Equality and Human Rights Commission (EHRC).

It accompanied the launch by the commission of a statutory inquiry under the Equality Act 2006 into legal aid provision for victims of discrimination in England and Wales.

It will examine such things as possible barriers to legal aid for discrimination cases and the mandatory telephone gateway as the access point for most advice on the subject.

In response to the Ministry of Justice’s review of LASPO, the EHRC called on the government to identify where the Act has had a disproportionate negative impact on disadvantaged people, bring back areas of law into scope where necessary, and reinstate legal aid for initial advice in family and housing cases.

Since changes that meant legal aid funding could only be accessed via the Legal Aid Agency’s telephone gateway post-LASPO, the research found over 18,000 discrimination cases had been dealt with by operators of the service since 2013, but just 16 were referred for face-to-face advice between 2013 and 2015 and not a single one in either 2016 or 2017.

Elsewhere, the research said: “Participants repeatedly cited cost as the barrier to using a solicitor.” In family cases, some reported going into debt to fund legal support and representation.

Meanwhile, where litigants opted to go it alone, the report said: “Participants reported little satisfaction from trying to handle legal issues on their own.”

In family law in particular, the research found: “People’s inability to pay for expert or specialist evidence without legal aid may have led to courts making decisions on the basis of insufficient information.”

The research also underlined “a number of ‘false economies’ that may undermine the savings LASPO has made from the legal aid budget”.

These included people claiming benefits where they might otherwise have stayed in their jobs, and the cost to the NHS of people suffering physical or mental health decline “as a result of not being able to resolve their legal problems”.

David Isaac, the EHRC’s chairman, said: “I am concerned that the number of people now accessing legal aid for discrimination cases has dropped so significantly. I have real concerns that there may be significant barriers which prevent people from securing access to justice.

It is essential that the justice system works for everyone and, as the enforcers of the Equality Act, the [EHRC] is ready to use its powers to examine whether things are going wrong and how they can be improved.”