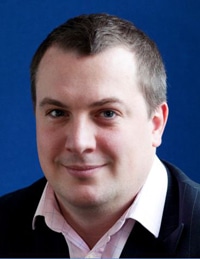 Hill: firms can monetise a case that previously would have brought them nothing

Two lawyer-to-lawyer referral services – one of which dubs itself the ‘eBay for lawyers’ – have gone live, Legal Futures can report.

ReferMarket [2] and Lawyer to Lawyer [3] both aim to help firms realise the value of cases they cannot for whatever reason handle themselves, but do so in very different ways.

ReferMarket operates in a similar way to eBay. It is a secure online marketplace where firms can advertise cases they want to refer either at a ‘buy now’ price or for prospective purchasers to submit sealed bids. Refermarket takes a percentage of the referral fee, staying out of the transaction entirely.

Both sellers and buyers provide feedback about the other party, which is fed through a ‘reputation rating’ methodology to provide a rating out of five stars which will be visible to other site users. All firms are vetted before being allowed to use the site.

Founder Jeremy Hill said ReferMarket is fully auditable so that regulators can be assured of total transparency in the referral process, and it will fully comply with the proposed ban on referral fees in persona

l injury, the details of which have still to be settled.

Mr Hill, director of Innovators in Law (which handles some commercial sales for Legal Futures), said: “ReferMarket enables firms to focus on cases with the highest revenue potential and to refer on cases that don’t fit with the firm’s strategic direction or legal capability. By referring on, they can monetise a case that previously would have brought them nothing, whilst ensuring that the client’s needs are fulfilled.”

Lawyer to Lawyer (L2L) is the brainchild of solicitor Tom Worner, the founder of legal consultancy Profirma. Every firm involved is vetted and every matter sent for referral is qualified. This means that L2L checks it is a viable case and then directs the referrer to a suitable firm on its panel of buyers.

Firms can agree the basis of the arrangement (a fee, fee sharing, or reciprocal referrals), or L2L can get involved in these negotiations. L2L takes up to 15% of the fees billed to the client, or where possible a fixed fee. It also insists on a no-poaching agreement where appropriate.

Mr Worner said it is time for law firms – and particularly smaller ones which are not full service – to think differently about the way they do business. “New entrants to the market, with huge direct marketing lists and budgets, are after the same clients and the same business as established law firms.”

He argued that both referring lawyers and clients benefit from such referrals, while “the profession as a whole wins because firms are collaborating and supporting each other; a united front against new entrants”.