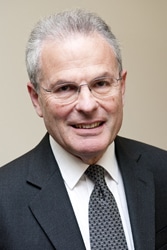 Lord Dyson: “the research was hopeless”

Lord Dyson, the Master of the Rolls, has launched an extraordinary attack on the Ministry of Justice over the introduction of enhanced court fees.

Giving evidence to the justice select committee this morning, Lord Dyson accused the Ministry of Justice (MoJ) of carrying out “hopeless” research before the new fees were brought in last spring, in a rush to plug a “great big gap” in its finances.

Lord Dyson said the judiciary “warned of the real dangers” posed by enhanced court fees and “we also warned that the research undertaken by the government before it embarked on this course, was lamentable, frankly”.

He went on: “The first time round they made 18 telephone calls, 12 of them to big users of the court. Then they got up to 31, but only a very small number were people likely to bring larger claims of more than £10,000.

“We warned that the research was hopeless, but the impression I have is such was the need to rush this through because there was a great big gap in the department’s finances which had to be plugged.

“I got the sense it was almost a desperate way of carrying on. I’m sorry to use this very strong language.”

Lord Dyson said the level of fee remissions available to litigants were set so low, it only captured “really poor people”, and the ordinary people on modest incomes who did not qualify would “inevitably be deterred” from litigating.

He was particularly concerned about SMEs, and gave the example of a builder seeking £50,000 from a client, where the old fee would have been around £800, but who now had to pay a fee of £2,500.

“That is a massive increase and it is bound to be seriously deterring – not of the really rich people, it won’t deter them, but the small businesses. They are the people who are most at risk and most likely to be put off. It’s just a matter of common sense.”

Lord Dyson said the evidence suggested that immediately before the introduction of enhanced fees there was a “huge spike” in civil claims, followed by a “big drop” afterwards.

“What we want to see is where it all levels out. The signs are that it is going to level out lower than it was before, but it is too early to make any definitive statements to that effect.”

However, by deciding to increase fees across the board by a further 10%, he accused it of “building on an extremely unsatisfactory foundation and making it worse”.

He added that he was “very sceptical as an ordinary human being” that enhanced court fees would not reduce demand for civil litigation.

Lord Dyson said that if a thorough survey ever was carried out, he would be surprised if it did not find that assumption to be false.

In a double blow for the MoJ, Sir James Munby, president of the family division, said he was “disappointed” how little progress had been made with the introduction of online divorce after “many months of work” with the MoJ.

He went on: “Court modernisation will only work with an IT revolution and online divorce is an obvious front-runner.

“The ability to deliver is a question on which the jury is still out. I am disappointed as to where we’ve got after many months of work.”

Sir James said he was very concerned because of the impact of the lack of progress on the whole modernisation programme.

Lord Dyson described the government’s record on IT projects as “not exactly shining”, and added: “We’ve just got to hope, otherwise we’re just managing decline”.