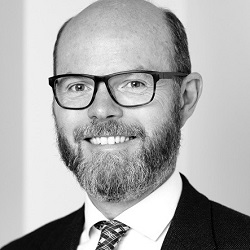 Linden: Degree of sympathy for solicitor

A solicitor “duped” into paying over £1.2m in sale proceeds to third parties in what turned out to be property frauds has failed in his appeal against being struck off.

Mr Justice Linden said Charles James Ete argued that the sanction was “overly harsh” given that he had not acted dishonestly or without integrity.

However, the judge said: “The shortfall on the client account which resulted was very substantial. There were multiple and systemic failings.

“It might well have struck him off even absent the finding of dishonesty, but this finding made the sanction inevitable.”

Mr Ete, admitted in 1997, was sole equity partner and owner of Charles Ete & Co in Barking, London, and also principal of Pride Solicitors, a law firm in West London he bought in 2018.

The Solicitors Regulation Authority (SRA) shut down both firms in January 2019.

Charles Ete & Co acted for two clients on property sales in 2018 where the combined proceeds of £450,000 were paid to third parties who were not the owners after the solicitor overlooked various red flags about the transactions.

The three payments were based on paperwork provided by ‘Person A’, a purported solicitor at Pride Solicitors who operated under a fraudulent practising certificate.

Linden J said it emerged that Person A had “stolen the identity of a genuine solicitor who worked as in-house lawyer for a bank, and had forged a practising certificate to support his fictitious identity”.

Mr Ete was found to have acted with a lack of integrity in failing to check “immediately implausible and unconvincing” Land Registry documents with regard to the first two transactions and failing to verify the identity of Person A, whom he had recruited, with regard to the remaining three.

He was also found to have acted dishonestly in telling his insurer, during policy renewal, that he was “not aware of any circumstances likely to give rise to claims” when he had been warned less than a week before that one of the property transactions may have been fraudulent and had been reported to the police.

Mr Ete was struck off and ordered to pay costs of £64,260 in September last year. He appealed against the ruling to the High Court, representing himself.

Linden J dismissed most of the solicitor’s grounds of appeal because they were based on findings of fact and the tribunal was “much better placed than I am to assess the credibility” of the evidence given over an eight-day hearing.

“He has not begun to show that there was any finding of primary fact which was ‘wrong’ in the relevant sense, let alone a material one.”

Mr Ete was under an obligation was to disclose to his insurer ‘circumstances likely to give rise to claims’ “without limitation as to the type of claim and regardless of whether Mr Ete considered that any claim would be successful”.

Linden J said: “The tribunal was prepared to accept that Mr Ete believed that any claim would be unsuccessful, but not that he did not believe that he had an obligation to report the situation.”

On sanction, the judge said: “Whilst I may have a degree of sympathy for Mr Ete on the basis of my dealings with him, I cannot go behind the SDT’s findings and views on these issues or see any basis for holding that they were wrong.”

He also dismissed the appeal on costs, finding “nothing surprising” about the SDT’s order.