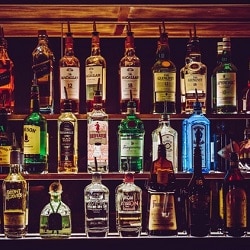 A drunken barrister who threatened a fellow member of chambers in a bid to have them accede to a tenancy application has been reprimanded by a Bar disciplinary tribunal.

Andrew Rutter sent an email to the fellow member of his chambers in July 2018 that said: “If you were to persist with your opposition then I will reveal that which you would rather keep secret. You and [a named colleague]. Feel free.”

According to the tribunal, Mr Rutter did so whilst in “an extreme state of intoxication” and the email was “reasonably interpreted as a threat and an attempt to influence the vote on the tenancy application of a pupil candidate to join chambers”.

In doing so, the tribunal said, Mr Rutter – who was called in 1990 – acted in a way which could reasonably be seen by the public to undermine his integrity and/or behaved in a way which was likely to diminish trust and confidence which the public places in a barrister or in the profession.

The full decision of the tribunal, which made its decision yesterday, has yet to be published. Mr Rutter has 21 days to decide whether to appeal.

The hearing was held remotely due to coronavirus.