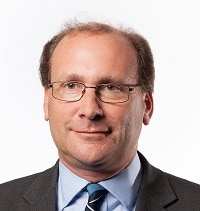 Law firms should not view mergers as a way of making costs savings, James Carter, managing partner of Charles Russell Speechlys, has warned.

“Economies of scale will at best pay for the costs of merging over the next one or two years,” Mr Carter said. “If you’re going for costs savings, you’re not going to achieve it.”

Mr Carter said the aim of a merger should be to grow the combined firm’s top line through “strength in depth” and a stronger client base. “What you save at the bottom will just cover your costs”.

Speaking at the launch of a report on law firm mergers by City firm Fox Williams and Byfield Consultancy, Mr Carter said mergers among the top 50-200 firms were driven mainly by the “need to improve profitability and fee pressures” from clients.

He said mergers by the top 25-50 law firms centred more on pressure to provide the full “range of services”, while mergers by the biggest practices were driven by international factors.

Mr Carter, who was managing partner of Speechly Bircham before the firm merged with Charles Russell in November last year, described how the firm previously had a “flirtation” with another law firm nine months ago.

He said this was “very useful” in identifying the key merger issues for partners, such as restrictive covenants and different attitudes to debt funding.

“It allowed me to write a list of 10 key issues I thought were relevant to the partners at a very early stage,” Mr Carter said. “It was then about ticking off the issues and making sure nothing would come back to the partnership six months after the merger,” he said.

Mr Carter added that it was important for firms to be “honest about strengths and weaknesses” during the merger process, including the abilities of partners and departments.

“Listen to the other side and understand why they do things in the way they do. There are a lot of historic reasons as to why firms may do things in a certain way. If you get under their skin of firms, you are less likely to reach an impasse on issues which should have been dealt with at an early stage.”

Earlier, Tina Williams, chair and head of professional practices at Fox Williams, said mergers were driven by “more for less” demands by clients, reductions in the size of their panels and by globalisation, where it was “very attractive” for clients to have a small number of firms working across all jurisdictions.

Ms Williams added that mergers were also an attempt to respond to competition by market “disruptors” such as the top four accountants.

“Many of the top 200 firms have depended on a steady supply of work from accountancy practices which will come to a very abrupt end. To compete firms will have to grow and develop their in-house expertise.”