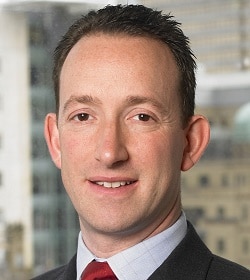 Pollick: support functions have been part of the problem

Lawyers are the not the only ones blocking innovation in larger law firms, the head of IT at DLA Piper has said, highlighting also the need to decentralise responsibility for innovation and allowing it to happen in individual practice groups.

Speaking at the Future Lawyer Summit in London yesterday, Daniel Pollick, DLA’s director of business transformation and chief information officer, said “I think one of the things that has been wrong in legal is that the rest of us, who are in support or services, we say: ‘You can’t drive change in the lawyers. They’re too hard to change. Let’s huddle together for warmth and complain about it’.

“I think we’ve also been part of the problem. Look at your own organisation and think about how centralised IT, or finance or marketing, are. How resistant are you as CIO, or the head of marketing or innovation, when you find out that the lawyers are doing some change without your permission?

“An IT system we didn’t sanction? Can’t have that. They’ve hired their own business development people? That’s terrible.

“If we, in the service and non-fee earning sector, perpetuate the myth that we’re going to control all of this and somehow we’re going to make the lawyers change, but we’re not going to let them do stuff themselves, then we’re going to be in trouble.

“I wonder if there is a new business model emerging in the way law firms organise themselves which actually tries to decentralise and allow innovative activity within the practice groups themselves.

“I think that’s absolutely key. How to do it, I don’t know, because I think we’re all used to highly centralised models in the big firms.”

Mr Pollick warned that lawyers risked “painting themselves into a corner” by reacting in the way they did each time a new entrant arrived, whether it was in e-discovery or artificial intelligence, appeared – redefining what their firm does and saying, ‘That’s not really what we do’.

M Pollick said another risk was that, by repeating to themselves that lawyers dislike change, and that only they could drive change, non-legal staff would focus on the “wrong things”, like cost cutting and process automation, although both were important.

“Because you think it’s too hard to drive change in legal services, you drive all the change into the support side.”

Mr Pollick said DLA Piper had found it “astoundingly easy” to develop innovative services in a single business unit, when it was a new type of service, but it was “really hard” to apply the same techniques to other areas.

He added that the challenge for law firms was to change legal services in an industry where the new entrants were not powerful enough to force change and the business model had not yet failed.