Don’t fear AI, says tech chief – it will mean there are more lawyers in the future 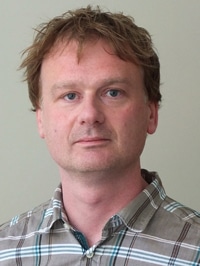 Edwards: as the profession modernises, the amount of legal services will increase

There will be more lawyers in the future, not fewer, the head of Rocket Lawyer UK has predicted.

Mark Edwards said that the size of the legal services market would grow, and the playing field between regulated and unregulated law firms be levelled.

Describing his legal tech firm as an unregulated provider partly funded by Google, Mr Edwards said: “We use technology, some of it AI, to drive down the cost of legal services so people who are artificially cut off by the law can get the help they need.

“We want to unlock that latent market of people and small businesses you keep hearing about, of people who need legal help, but don’t get it. We’re bringing new people into the market.”

Speaking to a mainly young audience at an event run by the Society of Asian Lawyers, he went on: “Only a lawyer can unpick a complicated legal issue and provide the right legal advice. You guys are not going anywhere. You’re not going to be replaced by AI.

“I have a PhD in artificial intelligence, and I can tell you it’s not going to replace lawyers in your lifetimes. We’re a long way off that, but it will continue to support us.

“As the profession modernises, the amount of legal services will increase. We’re going to end up with more lawyers, in my view.”

Mr Edwards said lawyers would provide services through a greater variety of organisations, whether they were alternative business structures, digital companies or supermarkets.

“The lawyer will be unbundled from the law firm. We’re going to see further deregulation for lawyers, making it easier to practise and levelling the playing field for regulated and unregulated companies.

“I see the distinction between the two going away. We have an ‘us and them’ attitude to the profession at the moment, but that is going to disappear and we’re going to collaborate more.”

Earlier, Robert Bourns, vice-president of the Law Society and senior partner of national commercial firm TLT, referred to the debate about “delawyering,” which he linked to the judiciary’s plans for a mainly lawyer-free Online Court and comments by the Lord Chief Justice.

Mr Bourns said he was “entirely optimistic for the future of the profession” and that “change had always been a constant”.

He added: “I don’t think the profession has ever shied away from competition – solicitors have always sued other solicitors. We’re not disinclined to innovate or change the way we work.”