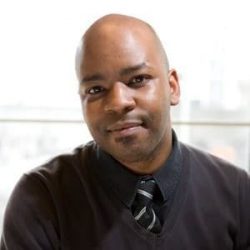 Danso: GCs asking for the same thing all of the time

General counsel have become so insistent in demanding that law firms give them Black candidates for secondments and legal work that they are in danger of draining them of Black talent, the global diversity manager of Linklaters has said.

Daniel Danso told GCs that commercial firms were the recruitment ground for the profession and “if we give you all of our Black talent, it will not make our promotion rates or our progression anywhere near what you want and we will still get beaten up”.

Speaking at a Thomson Reuters webinar on the future of equality, inclusion and diversity in the legal sector, Mr Danso said a firm like Linklaters might have around 100 large corporate clients, all of whom had signed up to challenging the firm to deliver a certain percentage of lawyers from diverse backgrounds for secondments and legal work.

“Pushing us is good. Please do it,” he said. “I just want you to think about all of you asking for the same thing all of the time.”

He went on: “I’m working with people who are not doing any of the things that we’re doing, yet I’m living with their definitions of what diversity is, which is usually limited to the things they are short of”.

Mr Danso said he attempted to draw the attention of GCs to other aspects of diversity such as socio-economic factors, only for them to reply: “We just want Black candidates.”

He described being on a call earlier this month with a GC in the US angry about lack of diversity in the legal profession, who said: “I’m talking about African Americans – whatever you call them in Britain.”

A poll of audience members at the webinar, part of the Transforming Women’s Leadership in the Law series, revealed that 41% believed that awareness or action on race in their businesses had increased ‘to some degree’ since June this year, the month after George Floyd was killed by police in Minneapolis. A further 41% said it had increased ‘more than I expected’.

This was a marked contrast with an earlier poll at the webinar, this time asking audience members whether action and awareness on gender equality in their firms had improved since February 2020.

Almost half, 46%, said it had stayed the same, while 11.5% said they thought it had gone backwards. The remainder said it had improved.

Sarah Helmsley, the GC of Selfridges, described herself as “naïve” about gender equality in the profession when she joined 20 years ago, and said there was “an awful lot more” the profession could and should do.

Ms Helmsley said that the pandemic had left many women “particularly vulnerable”, both in terms of their caring responsibilities and because they were more at risk of redundancies.

She warned that with businesses so focused on “what they need to do to survive”, it was “inevitable” that gender equality would drop down their priority list.