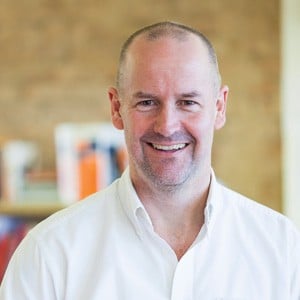 Gilroy: “we all have a digital footprint”

Lawyers should not connect on LinkedIn with anyone they have not met or already communicated with, a social media specialist has warned.

The advice comes in the wake of the controversy that followed barrister Charlotte Proudman posting on Twitter a comment she received on LinkedIn when City partner Alexander Carter-Silk accepted her invitation to connect.

David Gilroy, who describes himself as director of ‘stuff and things’ at Conscious Solutions, said Mr Carter-Silk, head of European intellectual property at Brown Rudnick, had broken the rule by accepting Ms Proudman’s invitation.

Ms Proudman, who is currently researching the issue of female genital mutilation for a PhD, criticised Mr Carter-Silk’s comment about her “stunning” profile photo as sexist.

Mr Gilroy said it would have been better if Ms Proudman had anonymised the comment. “If she never wants to practise law again, and wants to be a writer and researcher, this is fantastic. She’ll get more gigs out of this than saying nothing or anonymising. If that’s what she wants, it’s fantastic PR.”

However, Mr Gilroy said that if Ms Proudman did want to practise, her decision to publish the comment on Twitter and identify the City partner was not such a good thing and would be “very difficult to shift on Google”.

For Mr Carter-Silk, Mr Gilroy said the incident could have created a “career-ending” problem. “Our reputation precedes us and we all have a digital footprint”.

Although his LinkedIn picture looked professional, Mr Gilroy said the job seeker’s Twitter photo was less flattering, showing him in a string vest.

Worse still, he had posted a tweet saying he had been “looking for jobs all day” and had “even applied to one in Bristol”.

Mr Gilroy added that although he was not suitable for the job anyway, the digital footprint the man left behind “would have scuppered it”.

Another important rule, Mr Gilroy said, was ‘no social media after a drink’ as it should be regarded as a private conversation carried out in public and even direct messages on Twitter could be tweeted.

A further rule was: ‘If you had to tell your mum what you had said, would she approve?’

Finally, Mr Gilroy mentioned what he called the ‘rule of 10’, where for every 10 things you post only two or three should be about you.