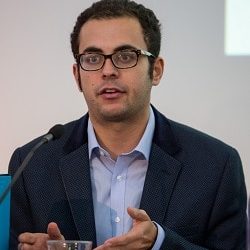 The ground-breaking DoNotPay chatbot – which describes itself as the world’s first robot lawyer – is to ramp up its UK offering after securing $12m (£9.6m) in backing from Silicon Valley.

The Series A funding round values the company at $80m. It was led by technology sector hedge fund Coatue, with money also coming from Andreessen Horowitz, Founders Fund and Felicis Ventures.

All had previously invested in the company’s $4.6m seed round.

DoNotPay was created in 2015 by Joshua Browder, a British student who moved to study in America. It gained traction initially by helping users challenge parking tickets in the US and UK, but it has since developed significantly to help with both legal and more general consumer issues.

After using a service for the first time, San Francisco-based DoNotPay charges $3 a month.

Several of the services are not currently available in the UK, however, but Mr Browder told Legal Futures yesterday that he intended to take “everything that’s worked in the US and expand it to the UK”.

The investment was necessary so he could employ the staff needed to meet demand for DoNotPay, as “people have been banging down our doors” in recent times.

Although 90% of DoNotPay’s users are in the US, Mr Browder said it was popular in the UK too – UK subscriber numbers were in “five figures”, with the ‘free trial card’ particularly popular.

This allows people to sign up to free trials to services, such as Netflix and the Wall Street Journal, and then automatically cancels the subscription when they come to an end without any risk to the user having to pay.

Mr Browder said the next service coming to the UK in the next fortnight would allow people to reverse charges on their credit cards.

New services on the app include ‘relationship protection’, such as taking legal action against a past partner who failed to disclose that they had a sexually transmitted disease.

Mr Browder added that DoNotPay could help litigants in person next April when the government launches its claims portal for road traffic accident claims worth up to £5,000.

Earlier this year, the American Bar Association selected DoNotPay to receive the Louis M Brown Award for Legal Access, recognising its commitment to increasing legal services to those of modest means, and specifically spotlighting its innovative use of technology.

Speaking at the 2017 Legal Futures Innovation Conference, Mr Browder said up to 70% of the law could be carried out by robots and all legal documents would be automated within a decade.