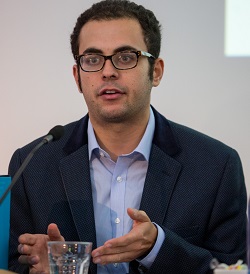 The British student entrepreneur who created the ground-breaking DoNotPay chatbot – initially to challenge parking tickets in the US and UK – yesterday launched it as an app with 15 different services.

It is initially just for the US but Joshua Browder said it would be coming to the UK and elsewhere in Europe shortly after he secures “some final legal approvals”.

Among the services the app offers are to bring a small claim for up to $25,000 at the press of a button.

“The app generates everything, from filing documents, a script to read in court and even an entire strategy for when the defendant tries to challenge you,” he said.

It was inspired by a service he developed in the wake of the Equifax security breach to help people bring small claims, from which he claimed some people recovered compensation of up to $11,000.

The app lets users see all the class action settlements they are eligible for by checking receipts in their emails; they can then swipe right on lawsuits that interest them and DoNotPay will instantly make a claim.

He plans to expand this to allow lawyers to identify potential members of a class.

Not all of the services target areas where lawyers are active. For example, the app calculates the appropriate distance on all Uber rides and allows the user to automatically reduce the fare if the driver takes a wrong turn.

Speaking to US website Lawsites, Mr Browder said: “By providing these services, anyone who can follow simple instructions can now get justice. It seems like the only people who are benefiting from human misery are a handful of lawyers. I hope to make it so the average person can access the law for free.”

The 21-year-old – who studies at Stanford University in California – spoke at last year’s Legal Futures Innovation Conference, and predicted that up to 70% of the law could be carried out by robots and all legal documents would be automated within a decade.

The app is currently only available for Apple devices but will be released for Android soon.

This year’s Innovation Conference is on 29 November in London. Click here for the details and early bird price.