Does NewLaw have second insurer ABS up its sleeve? 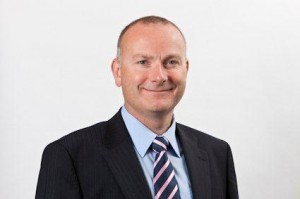 The Solicitors Regulation Authority has licensed an ABS called H&R Legal, which – like Ageas Legal – is based at NewLaw’s Cardiff headquarters and has the same head of legal practice and head of finance and administration as both Ageas Legal and NewLaw itself.

This could be a vehicle to work with specialist motorcycle broker H&R Insurance, which was established in Scotland in 1972. It has provided motorcycle insurance since 1997, and also sells car, home and travel insurance.

Philip Dicken, strategic partnerships director at NewLaw, declined to comment on H&R Legal but said the firm hoped to release more news by the end of this week.

Speaking to Legal Futures last year, Mr Dicken said that while some insurers may choose to take legal work in-house after the referral fee ban, an “outsourcing joint venture model… helping insurers and brokers to deliver legal services under their own brand”, would give them the chance to get used to what it is involved in offering legal services.

He said NewLaw had been in talks with insurers and brokers about the benefits of a profit-sharing model for some time, predating the government’s decision to ban referral fees, on the basis that it was a more sensible model anyway.

“There is a perception that ABS is a way of avoiding the referral fee ban, but that’s not the way we see it,” Mr Dicken said.