Doctors up in arms over ‘pre-conception negligence’ ruling 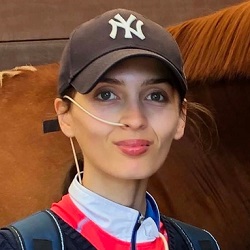 Hundreds of doctors around the country, along with representative organisations, have spoken out over the High Court finding a GP negligent for advice given to a mother before conception which led to the birth of a disabled child.

The Doctors Association UK, support community NHS Million, campaign group GP Survival and the On Call Room, an online community of 11,000 doctors, have united in support of Dr Philip Mitchell and to campaign on the effects of the ruling under the hashtag #IAmPhilipMitchell.

“We understand that young people born with a disability can have many challenges to overcome and the need for financial help,” they said.

“However, we have great concerns about the implications of this judgment as to how it may promote defensive medicine and the possible negative effects of it on the future of the doctor-patient relationship.”

In 2001, Caroline Toombes sought Dr Mitchell’s advice as to the steps she should take before trying to become pregnant and asked specifically whether she should take folic acid.

Dr Mitchell had no recollection of the consultation and relied upon his standard practice and Mrs Toombes’ medical records in his defence.

The court accepted Mrs Toombes’ recollection that the GP did not tell her about the relationship between folic acid supplements and the prevention of spina bifida.

He told her that, if she had a good diet, folic acid supplements were not necessary and that she should go away and have “lots of sex”. She conceived almost immediately and, nine months later, the claimant, Evie Toombes, was born with a form of spina bifida.

Mrs Toombes said she would have delayed conception had she been properly advised; Evie would not have been born; instead, a genetically different child, without any defect, would have been.

Last year, in a ground-breaking preliminary issue ruling, Mrs Justice Lambert held that Ms Toombes’ case did not fall into the ‘wrongful birth’ category of claim that the law said disabled claimants could not bring. This was because the then alleged negligence occurred pre-conception.

In the liability decision earlier this month, Her Honour Judge Coe QC, sitting as a High Court judge, rejected Dr Mitchell’s evidence that he provided advice in accordance with the recommendations at the time and found that, had proper advice been provided, Mrs Toombes would have delayed conception for about a month whilst taking the supplement.

The claim will now move to an assessment of damages, which could run into many millions of pounds.

Nearly 450 people have written messages on a ‘Wall of support’ for Dr Mitchell created by the Doctors Association, with many expressing concern about the implications of the decision.

The GP’s solicitors, Clyde & Co, pointed out that there was still a requirement to prove a causal link between the “circumstances of the sexual intercourse and the disability”, adding that the case was “a reminder to medical practitioners of the need to take clear and detailed notes of their consultations”.

Dr John Hughes, the chair of GP Survival, said: “There is a general consensus that it could have been almost any GP colleague in the dock, and that almost all would have had similar deficiencies in recall and record keeping…

“The implications of the ruling for GP practice are significant, mainly based on the likelihood that a much more defensive type of medicine will result, with doctors practising more as lawyers than clinicians.”

While lawyers may think it was a very fact-specific case relevant only to pre-conception counselling – “which they feel GPs only do rarely” – he said almost all doctors viewed it as “a milestone likely to be quoted in multiple other scenarios and test cases – perhaps even resulting in a whole new stream of litigation from patients claiming they would have made significant lifestyle changes if fully advised of rare but serious implications of their habits”.

Evie Toombes, who was represented by Susan Rodway QC and Moore Barlow, is now a high-profile disability advocate and showjumping para-athelete.

Moore Barlow solicitor Tim Spring said: “This was an unusual and challenging case requiring the law to be clarified. My client has the condition she has due to the result of poor advice.

“It is of utmost importance that medical professionals follow best practice when giving patients advice, and only depart from established clinical guidelines when there are good and specific reasons to do so, which they discuss with their patients.”