After the doctors and nurses, now dentists get an ABS 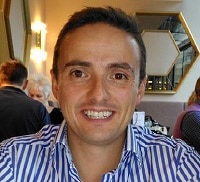 A company that provides valuation, sales and other services to dentists has added legal advice to its offering with the launch of an alternative business structure.

Tom Coates, managing director of FTA Law, said his aim was to make the firm, which specialises in sales and purchases and employment advice, “the largest provider of legal services” to the dental profession.

Unlike BMA Law for doctors and RCN Law for nurses, which are associated with those representative bodies and provide services to individual members, FTA Law provides advice “on all aspects of buying, running, managing and selling a dental practice”.

The ABS, based in Leeds, is jointly owned by Mr Coates and three directors from Frank Taylor Associates.

“They understand the need for this entity to be a separate and independent business,” Mr Coates said. “On a day-to-day operating level, they have no involvement in what we do. We have separate offices in Leeds – staffed by lawyers, run by lawyers.

“We’ve worked with Frank Taylor Associates for many years, as with other brokers. They told us legal services would be a nice add-on to the group of companies they’ve got.”

Mr Coates said he and the other three directors of FTA Law each had a roughly equal stake in the ABS. One of them, Andrew Acton, is head of finance and administration at the firm, with Mr Coates the head of legal practice.

The firm’s ABS licence from the Solicitors Regulation Authority was effective from 22 April.

Mr Coates, who specialises in sales and purchases, said he was joined by associate Sarah Buxton, who practises in employment and HR advice, while a commercial property solicitor would be arriving soon.

Before setting up FTA Law, he specialised in working for dentists at Leeds firm Cohen Cramer and then set up a dental team at Yorkshire firm LCF.

Mr Coates said that although FTA Law was the first ABS aimed at dental practices, there would be soon be others.

“It would surprise me greatly if others don’t follow quite quickly. The holistic approach to providing services to the industry is the way it’s going. Brokers have a finance side, an accountancy side and legal is the next step.

“Brokers are becoming frustrated with the way some lawyers offer legal services. The biggest brokers have 100 sales and purchases going through at any one time.

“With all the posturing by lawyers, I’m sure they’re thinking: ‘Do you know what? We could probably do this better ourselves.”

Mr Coates went on: “We know who our competitors are. We tend to deal with the same lawyers in 90% of transactions. A lot of law firms say they act for dentists on sales and purchases and do only one or two a year, but there are only seven or eight firms who do nothing else.”

Mr Coates said all FTA Law’s work would be charged on a fixed-fee basis. “The legal profession is still to some extent old-fashioned in charging hourly rates. The drive for change will come from people outside the sector. The profession needs non-lawyers coming in, with fresh ideas.”